MITHI: The consul general of Italy in Karachi Mr Danilo Giurdanella along with his spouse reached Thar to visit the historical sites of the desert region.

Sindh Minister for culture and tourism Syed Sardar Ali Shah , who hosted the events in honour of visitors, talking to the reporters after their visit on Tuesday said that they were doing to promote tourism and culture in the desert region. He said that the Italian government had already cooperated with the department to protect and excavate the site at Bhambore and hoped they would carry on the cooperation in future to promote tourism and the ancient heritage sites in Thar.

He said that the new consul general, who took the keen interest in art, music, handicrafts hospitality and other cultural events. He said that the Italian government had already done a tremendous work to protect and promote the heritage sites and location in their country and hoped that the government of Italy would also extend more help and collaboration in their sincere efforts to protect and more their such sites across the province. Mr Shah said that in future he would invite the envoys and ambassadors of various other countries to visit Thar to see its beautiful sites both in the Parkar and Thar region of the desert district. He said that visiting envoys and other guests who reached Thar on his invitation were very much impressed by the beauty, culture, music art, and music of Tharparkar region adding he said Sindh government was fully committed to promote tourism by establishing more resorts and roads leading to such sites. 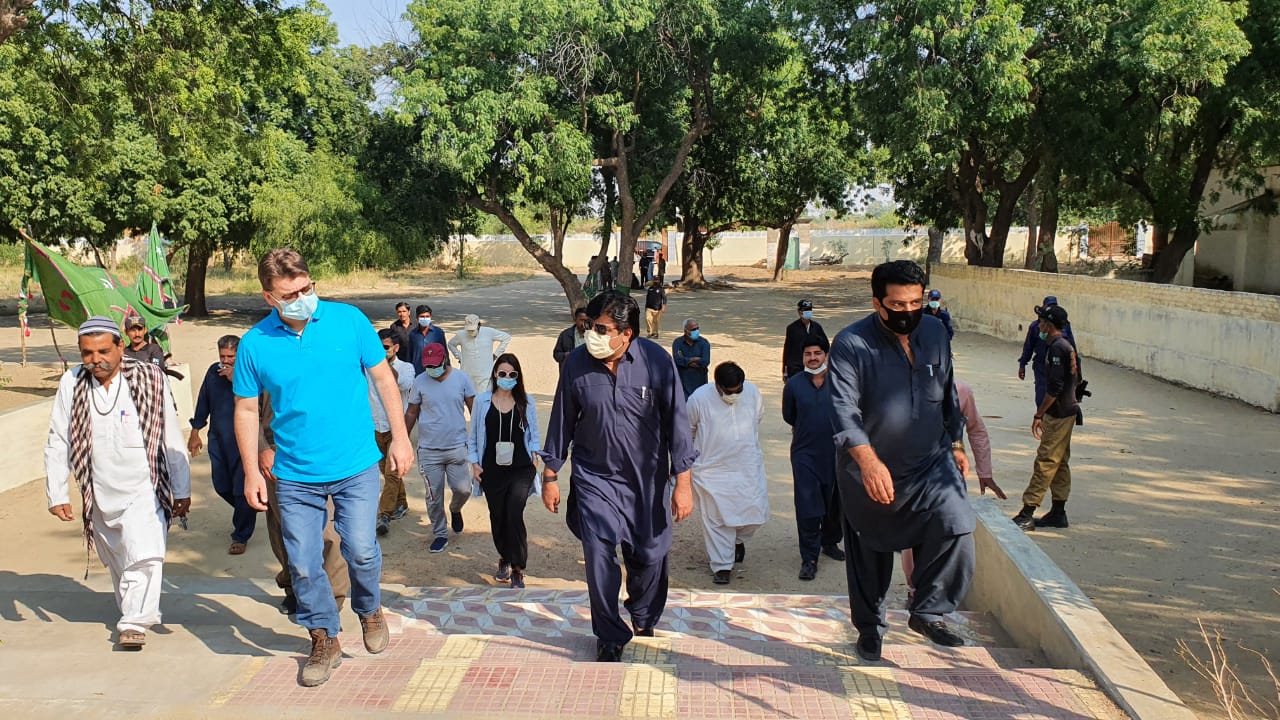 Sardar Shah said that Thar’s points right from Mithi to various other points in the Parkar region had been visited by tens of thousands of the people after the desert received sufficient rains both in 2019 and then this year. He said that after some resorts were given the required facilities they were greatly attacking the tourism and helping the local singers and musicians to earn their livelihood by performing at such points right from the month of July til present days despite the onset of winters. Mr Shah said that they were devising more plans to promote tourism and the rich culture and tradition of Thar in coming years by arranging the healthy activities in Thar so that they could provide the impetus to those thronging to see the various aspects of Thar. The newly appointed consul general and his spouse thanked Sardar Shah, Sindh government and the people of Thar for giving such respect and honour to visit and see such amazing sites and to meet the musicians.