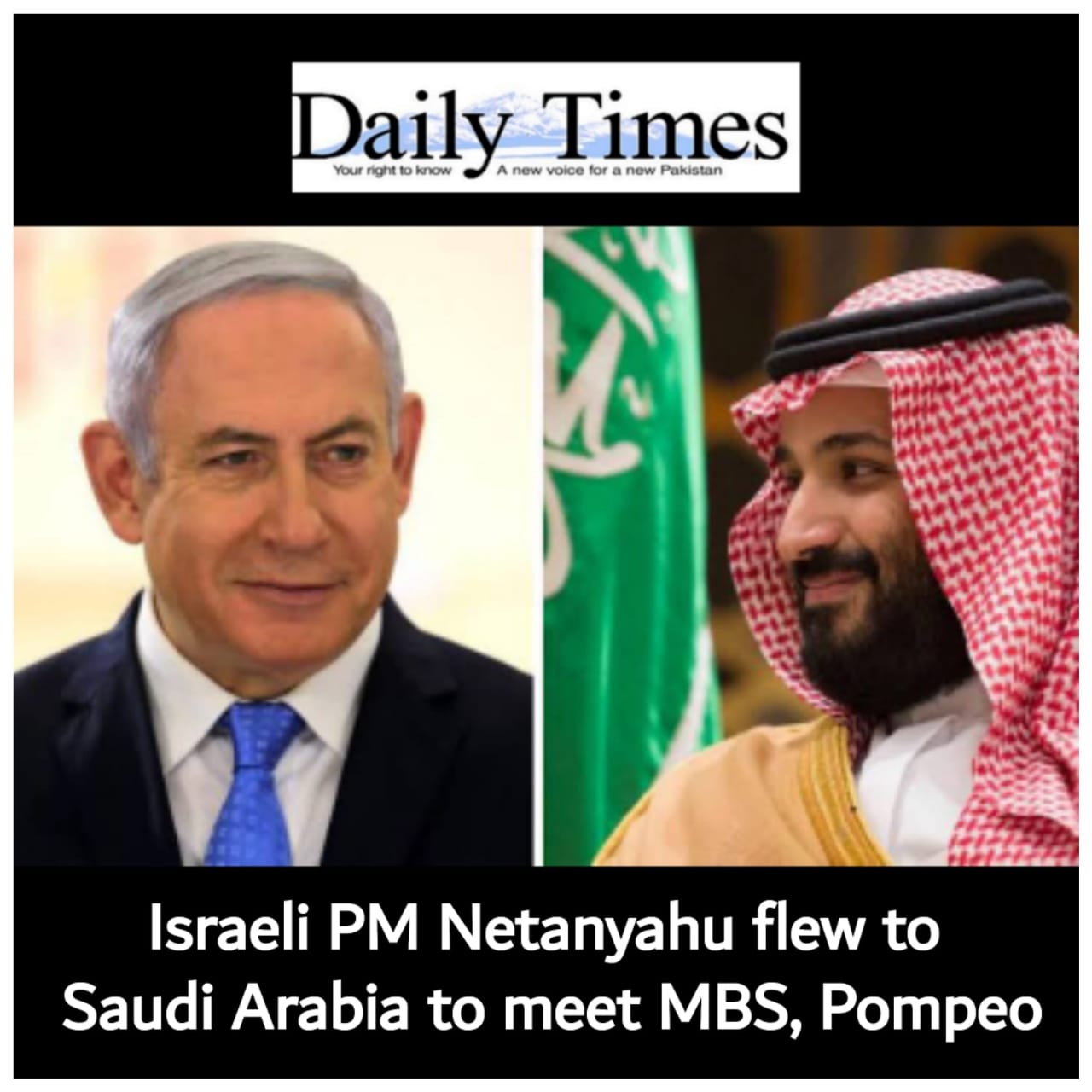 According to Israeli media reports, Israeli officials have informed that Netanyahu and the head of the Mossad spy agency Yossi Cohen, ‘flew yesterday to Saudi Arabia, and met Pompeo and MBS in the city of Neom.

The meeting, which is not confirmed by KSA yet, is being called as a significant development in the series of peace deals between Arab states and Israel.

Israeli daily Haaretz claims that according to aviation tracking data, a private jet had made a brief trip from Tel Aviv to Neom, where MBS and Pompeo had a scheduled meeting on Sunday.

Several flight-tracking websites showed that the plane was grounded for approximately two hours before it returned to Israel about half an hour past midnight.

Haaretz claims that it is the same private plane that Netanyahu has used several times for his visits to Russian President Vladimir Putin.