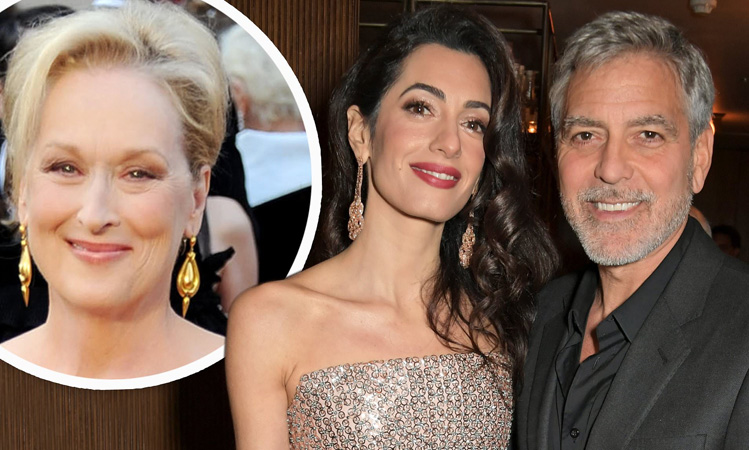 Amal Clooney seems to be amicable with her husband’s first with Meryl Streep. The famous lawyer recently joked bout being in the same marriage with Meryl Strep and George Clooney.

She said this recently while accepting the Gwen Ifill Press Freedom Award by George’s ex-wife, Streep.

“You are an inspiration as a woman, as an artist, as a press-freedom advocate,” Amal told Meryl in her virtual acceptance speech.

“I know I can’t ever hope to win the number of awards that you’ve won, but it does occur to me that we have something special in common, which is that we’ve both been married to my husband. And honestly, the fact that you did it as Mr. and Mrs. Fantastic Fox just makes that so much less awkward.”

It is indeed true that Meryl and George have not worked in a lot of films after their divorce, but their last work in Mr. Fox was well-received.

The movie that was an adaption of Roald Dahl’s novel also got nominated for Oscar 2009. The estranged partners voiced over the lead married couple in the movie.