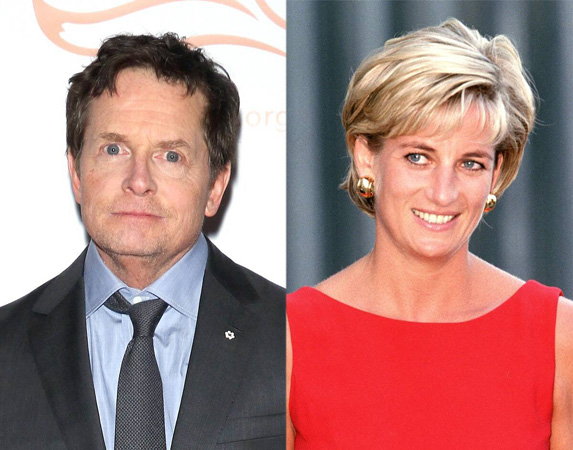 Princess Diana was so mesmerising it almost ruined one of the most important movie premieres of Michael J. Fox’s career. While on The Tonight Show, the actor, who just released his new memoir No Time Like the Future: An Optimist Considers Mortality, told host Jimmy Fallon that he was seated next to the late icon at the London world premiere of his 1985 film Back to the Future.

“She was sitting next to me,” Fox explained to the talk show host. “The lights go down and the movie starts and I realize I am one fake yawn and an arm stretch away from being on a date with her, which is hilarious.”

Then Fox had to pee, which is when things got complicated.

“For the rest of the movie, I’m sitting there, like, dying. I can’t say anything to her and I can’t walk away from her because I can’t turn my back on her,” he shared, likely referring to the etiquette rule that says you should never turn your back on the Queen, who Diana, at the time, was just one royal removed from. “So it was just agony, it could have been the greatest night of my life but it was just a nightmare. A pee-holding nightmare.”

Fortunately, Diana didn’t notice Fox’s struggle and even seemed to “laugh a couple of times” at the iconic time travel movie.

Diana, who died in a car accident

in 1997, is back in the spotlight even more in recent weeks thanks to Emma Corrin’s portrayal of her in

season four of Netflix’s The Crown.

Fox’s movie premiere “date” with Diana did not make the cut, though to hear the actor tell it, that’s probably for the best.