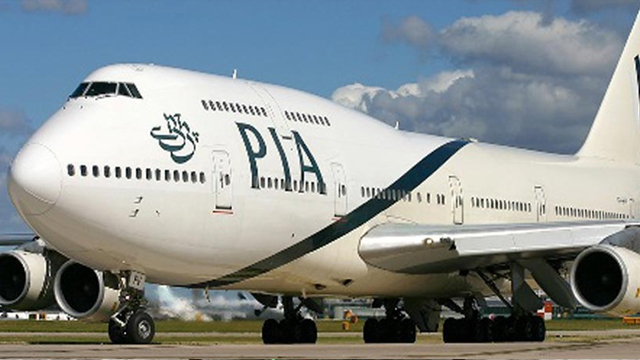 The PIA flight PK-661 did not crash because of the pilot’s fault but did so due to technical reasons, said the final investigation report submitted by the Civil Aviation Authority (CAA) on Thursday, a private TV channel reported.

Forty-seven people were killed in a 2016 air crash when the ill-fated PIA domestic flight PK-661 enroute Islamabad could not complete its journey. The plane had taken off from Chitral around 3:50PM and PIA had said the plane crashed at 1642 local time (1142 GMT) in the Havelian area of Khyber Pakhtunkhwa, about 125 km north of Islamabad.

The 207-page report on the air tragedy was submitted at the Sindh High Court (SHC) on Thursday. The CAA’s report said that the PIA’s Engineering and Maintenance Department was responsible for the air crash and not the pilot as the aircraft met the tragedy due to a technical fault.

The report said that three technical faults had been identified which had led to the plane crash and these were:

(i) Fracture of one of the power turbine blades of Engine No.1

“The air crash investigation spanned over nearly 4 years due to the complexity and unprecedented nature of latent conditions. The detailed investigation required keeping all stakeholders on board through rigorous coordination with the respective states and their aircraft accident investigation bodies,” said a notification by the Aviation Division.

“This report is being released with the concurrence of these stakeholders i.e BEA of France, TSB of Canada and NTSB of USA.”

After the revelations were made clear to the court during the hearing, the bench summoned PIA’s director of safety management to appear before the court in the next hearing.

“Who is responsible for the accident and whose negligence resulted in this,” asked Justice Mohammad Ali Mazhar. “We cannot make public some findings of the report. However, the investigation was conducted in accordance with the prevailing international standards,” said Air Commodore Usman Ghani, Director Investigation Board.

The court adjourned further hearings into the case till December 1.

After the plane went down, rescuers, including hundreds of villagers, had overnight pulled charred and smoking remains from the wreckage of the aircraft, parts of which were found hundreds of metres away from the main site in Abbottabad district of Khyber Pakhtunkhwa province. Famous singer-turned-preacher Junaid Jamshed along with his wife was also killed in the tragic air crash. Junaid Jamshed, a famous preacher, travelled extensively to spread Islamic teachings. He was in Chitral to spread the message of Islam.

An AFP reporter at the site near the village of Saddha Batolni had said part of the plane remained on fire more than five hours after the crash.

“The bodies were burnt so badly we could not recognise whether they were women or men,” a villager in his thirties, who declined to give his name, had told AFP. “We put into sacks whatever we could find… and carried them down to the ambulance.”

PIA Chairman Azam Saigol had said after the crash that the aircraft was ‘fit to fly’.

Speaking at a news conference, Azam Saigol had said the PIA has 11 ATR aircraft in its fleet and they all were ‘reliable’.

“The plane which crashed on Wednesday was A-checked in October,” he had said in response to rumours that were then doing the rounds about technical issues with the aircraft, adding that this certification of a plane is conducted after every 500 hours of flying.

“There is no room of human error regarding fitness certification of the plane, however, the incident will be probed thoroughly,” the PIA chairman had assured.

Saigol had said “it was our plane and our passengers”, yet contending the air travel was still the safest means of transportation. “We will ascertain the causes of the crash and will inform you,” he had told newsmen. “This, however, should not be expected from the PIA that it would fly unfit jets,” he added.