* Report emphasizes it is crucial to build on progress made on reform front so far and address economy's structural bottlenecks to boost competitiveness, improve business environment and raise growth potential 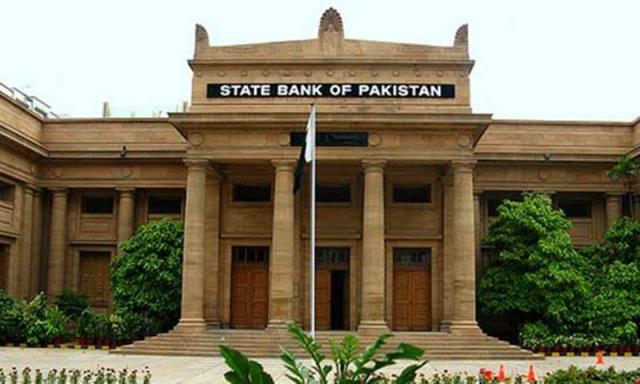 The State Bank of Pakistan (SBP) said Wednesday that following the difficult but necessary stabilization efforts during the first nine months of the fiscal year 2019-20, the country’s economy was well on course for a steady recovery on the eve of Covid-19 pandemic.

The State of Pakistan’s Economy for the fiscal year 2019-20 report released by the State Bank says that by February 2020, the unprecedented balance of payments crisis created by the unsustainable macroeconomic policies of previous years had been forcefully addressed through sizable reductions in the twin fiscal and current account deficits.

Following a round of monetary tightening during FY19, core inflation remained relatively stable, notwithstanding an uptick in headline inflation due to one-off and seasonal factors. In turn, this hard-won stabilization was beginning to lead to the revival of economic activity and the restoration of business and consumer confidence.

However, the report adds, this momentum was temporarily disrupted around the last quarter of the fiscal year by the global and domestic spread of Covid-19 and the lockdown measures that it necessitated. While these measures were remarkably successful in containing the outbreak in Pakistan, they simultaneously strained manufacturing, retail, transport and trade-related activities. As a result, Pakistan’s real GDP is estimated to have contracted by 0.4 percent in FY20 – the country’s first brush with negative economic growth since FY52.

The report highlights that it was only due to the earlier gains on the macroeconomic stability front that policymakers in Pakistan were able to extend aggressive support to businesses and households in response to the Covid-19 outbreak. Without this support, the private sector would have found it even more challenging to cope with the fallout from the mobility restrictions and supply-chain disruptions created by the biggest global economic crisis since the Great Depression.

In an unprecedented move, the government was able to expand the volume and outreach of its social uplift programs, enabling over 14.8 million households to receive emergency cash transfers for meeting essential needs to date.

For the first-time ever, the SBP arranged multiple emergency meetings of the Monetary Policy Committee to react to the fast-evolving situation, and cut the policy rate by 625 bps over a roughly 3- month time period, the second-largest cut among emerging markets in the wake of Covid-19.

In addition, the SBP also rolled out targeted and time-bound liquidity support for firms and households, including the deferment of principal repayments; loan restructuring; refinancing for firms to pay salaries to their employees in exchange for job protection; relaxations in performance criteria for export-related refinance schemes; and concessionary refinance facilities for long-term investment projects and for hospitals on the front-lines of the battle against the pandemic.

Together, these measures – mainly aimed at preventing liquidity problems from turning into solvency problems – represented the largest liquidity backstops ever deployed by the SBP, and their estimated impact on the cash flow of households and businesses was equivalent to 4.1 percent of GDP as of end-October 2020. Importantly, policymakers were able to provide this strong and timely macroeconomic stimulus without undermining external stability or the confidence of domestic and international investors. In particular, despite heightened global risk aversion and unprecedented capital outflows from emerging markets, movements in Pakistan’s asset prices, including the exchange rate and the stock market, and sovereign risk perception remained in line with those across comparable economies.

This reflected the fact that the stimulus was provided without compromising the improvements in underlying macroeconomic fundamentals and buffers that had been achieved in the first 9 months of the fiscal year.

Without these improvements, it would not have been possible for policymakers in Pakistan to react to the Covid-19 shock as forcefully as they did, which would have significantly aggravated the human and economic costs of the crisis.

On the external front, the market-based exchange rate, introduced in May 2019, worked as a valuable shock absorber in the wake of Covid-19. For the first time in Pakistan’s history, the exchange rate depicted orderly two-way movement reflecting FX availability in the interbank market. As a result, the shock had a relatively contained impact on the SBP’s FX reserves position-in fact, SBP’s net FX reserves buffers increased by approximately $US7 billion through the fiscal year despite the Covid-19 outbreak.

The current account position was bolstered by a steep drop in global oil prices and resilience in remittances. Several factors have supported the growth in remittances through the Covid-19 shock, including orderly exchange rate conditions; policy steps taken by the federal government and SBP under the Pakistan Remittance Initiative; an increased push towards the adoption of digital channels; and targeted marketing campaigns to promote formal channels for sending remittances.

Lastly, inflows under the IMF’s Rapid Financing Facility and other multilateral support also proved helpful in buttressing the external position.

On the fiscal side, despite the unprecedented strain on expenditures to shore up public healthcare and the social safety net, the full-year primary deficit during the year was only half the level recorded last year. Importantly, the increase in public debt was contained to 1.1 percent of GDP during FY20, as the government utilized the cash buffers it had created with the SBP last year. On the inflation front, the steep fall in global crude oil prices, easing food prices, the government’s decision to postpone further upward adjustments in the power tariff and the sharp fall in aggregate demand led to a rapid decline in both headline and core inflation between February and June 2020. While higher than last year, average FY20 inflation of 10.7 percent remained close to the lower bound of the SBP’s projection of 11-12 percent at the start of the year. Looking ahead, with the improvement in Pakistan’s macroeconomic fundamentals intact, the report foresees that the economy is poised to resume the trajectory of recovery on which it had embarked prior to the Covid-19 outbreak. Encouragingly, with the easing in mobility restrictions there has been a visible rebound in economic activity in the country according to latest available information.