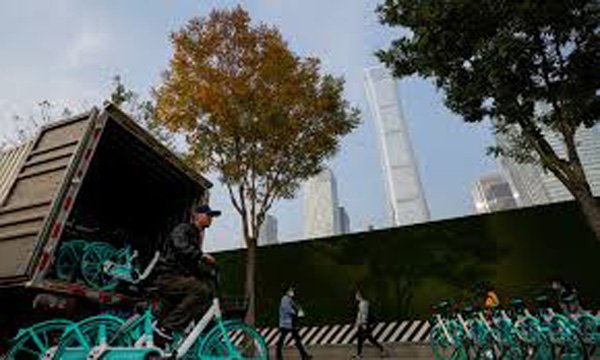 Fifteen Asia-Pacific countries on Sunday signed the world’s biggest free trade deal, seen as a huge coup for China in extending its influence. The Regional Comprehensive Economic Partnership (RCEP) includes 10 Southeast Asian economies along with China, Japan, South Korea, New Zealand and Australia, with members accounting for around 30 per cent of global GDP. First proposed in 2012, the deal was finally sealed at the end of a Southeast Asian summit as leaders push to get their pandemic-hit economies back on track. “Under the current global circumstances, the fact the RCEP has been signed after eight years of negotiations brings a ray of light and hope amid the clouds,” said Chinese Premier Li Keqiang after the virtual signing. “It clearly shows that multilateralism is the right way, and represents the right direction of the global economy and humanity’s progress.” The agreement to lower tariffs and open up the services trade within the bloc does not include the United States and is viewed as a Chinese-led alternative to a now-defunct Washington trade initiative. The RCEP “solidifies China’s broader regional geopolitical ambitions around the Belt and Road initiative”, said Alexander Capri, a trade expert at the National University of Singapore Business School, referring to Beijing’s signature investment project that envisions Chinese infrastructure and influence spanning the globe. “It’s sort of a complementary element.” But many of the signatories are battling severe coronavirus outbreaks and they are also hoping the RCEP will help mitigate the crippling economic cost of the pandemic. Indonesia recently tumbled into its first recession for two decades while the Philippine economy shrunk by 11.5 per cent on-year in the latest quarter. “Covid has reminded the region of why trade matters and governments are more eager than ever to have positive economic growth,” said Deborah Elms, executive director of the Asian Trade Centre, a Singapore-based consultancy. – India absent – India pulled out of the agreement last year over concerns about cheap Chinese goods entering the country and was a notable absentee during Sunday’s virtual signing. Signatories to the agreement said they hoped New Delhi would rejoin in the future, acknowledging its “strategic importance” to the deal which already covers more than two billion people. The pact should help shrink costs and make life easier for companies by letting them export products anywhere within the bloc without meeting separate requirements for each country. The agreement touches on intellectual property, but environmental protection and labour rights are not part of the pact. The deal is also seen as a way for China to draft the rules of trade in the region, after years of US retreat under President Donald Trump which have seen Washington pull out of a trade pact of its own, the Trans-Pacific Partnership (TPP). Though US multinationals will be able to benefit from RCEP through subsidiaries within member countries, analysts said the deal may cause President-elect Joe Biden to rethink Washington’s engagement in the region.