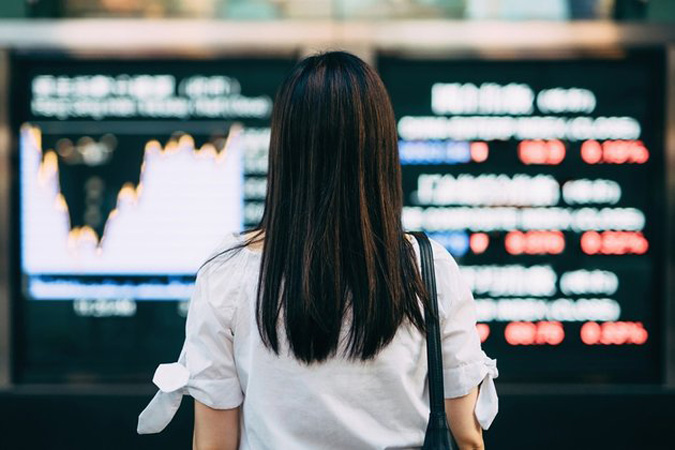 A spike in coronavirus infections across the United States and Europe hit Asian markets again Friday morning as traders fear another wave of lockdown measures will throw an already shaky economic recovery off course.

The rally fuelled by excitement over a possible vaccine before 2021 and relief at Joe Biden’s US election win has given way to the reality that while there is light at the end of the tunnel, the killer disease remains rampant.

Several European economies including England and France have already been all but shut down to contain a fresh eruption, but they continue to record frighteningly high numbers of new cases — raising the possibility the measures could be extended.

And major US cities including New York and Chicago are being forced to act as leaders worry that the northern hemisphere winter will be more deadly than spring.

This all means economies that had started to see signs of life after a searingly bad first half of the year could stumble again, with some observers indicating the world will see a so-called W-shaped recovery.

Top US health adviser Anthony Fauci said while he was confident vaccines would bring an end to the pandemic, it was crucial that people “hang on and continue to double down on the public health measures”.

All three main indexes on Wall Street finished in the red, though the Nasdaq fared slightly better as tech firms benefit from bets on people using gadgets while stuck at home.

Those losses seeped into Asia, where profit-taking also played a role after a week-long rally.

“Despite some truly remarkable news on the healthcare and vaccine front this week, which saw investors cheer it to the rafters… investors could not shake the sentiment-crushing aspects of the continually soaring Covid-19 cases and the unpleasantries of new economic restrictions,” said Axi strategist Stephen Innes.

“It feels a bit deflated today as investors look to hunker down for what is bound to be a winter of discontent. The vaccine cannot get here quick enough as what should be a festive time of the year looks bound to be weeks of holiday gloom,” he added.

Hong Kong and Shanghai were also hit by news that Donald Trump had signed an order banning Americans from investing in Chinese firms that could help the country’s military and security apparatus.

The executive order, due to take effect on January 11, said Beijing obliges private firms to support these activities and through capital markets “exploits United States investors to finance the development and modernization of its military”.

The prohibition targets a list of 31 companies, including telecoms, aerospace and construction firms, according to reports. China Mobile, which is one of those firms, plunged more than five percent in Hong Kong while another, China Telecom Corp, dived more than seven percent.

Adding to the downbeat mood on trading floors are concerns that a new US stimulus is unlikely to be passed before Biden moves into the White House.

With Donald Trump continuing to reject defeat and concede, reports said he has stepped back from talks on a new round of spending for the beleaguered economy.

“This means that stimulus hopes now depend on the ability of Senate Majority Leader Mitch McConnell and House Speaker Nancy Pelosi finding common ground,” said National Australia Bank’s Rodrigo Catril. “But, notwithstanding the prospect of the US economic recovery losing momentum as tougher social restrictions are introduced, hopes of a big stimulus don’t look great.”