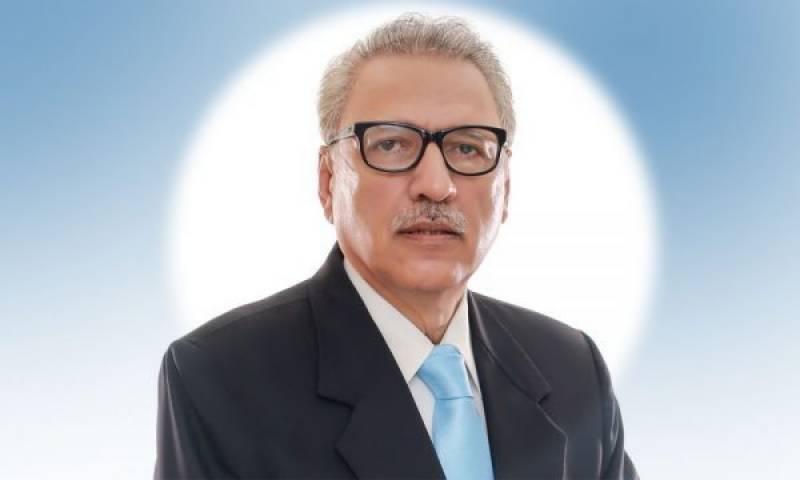 The President also urged the HEC to formulate anti-drug policy for higher education institutions by next March to save students from the menace of narcotics and provide them a healthy learning environment.

The President issued these directives while chairing a meeting of the Committee on Drug Abuse and Welfare of Differently Abled Students.

The meeting discussed proposals to eradicate the menace of drugs from educational institutions.

The vice chancellors of various universities of the country gave their respective proposals via video-link to contain drug abuse in universities.

It also underlined the need for closer collaboration among stakeholders, particularly the Education ministry, ANF and law-enforcements agencies to protect the educational institutions from drug abuse.

Meanwhile, President Dr Arif Alvi on Thursday rejecting an instant representation of Karachi Port Trust (KPT) directed to give contractual job to widow of its deceased employee under the PM’s Assistance Package.

The President upheld the decision of Wafaqi Mohtasib, which had supported provision of job to complainant widow Ms Shaheen, dismissing the KPT’s grounds against her of being overage.

The complainant Shaheen had approached the Wafaqi Mohtasib alleging that KPT, after death of her husband, denied her a job for being over 35 years, thus crossing the maximum age limit for contract employment under the PM’s Assistance Package, according to official documents available with APP.

The Wafaqi Mohtasib in its order dated 18.05.2020 had mentioned that at the time of death of her husband, the complainant was over-age by only four months and 29 days which could have been relaxed by the appointing authority.

It gave reference of Establishment Division’s Office Memorandum No.8/65/2016-E-2 dated 21.04.2017 regarding amended rules for widow/widowers of deceased government servants that made the 50-year-old persons entitled for contract employment under the Prime Minister’s Package.

The Wafaqi Mohtasib advised KPT to consider the case of complainant for contract employment in view of the said Office Memorandum since her age was much less than 50 years.

The KPT contended that the Office Memorandum of 2014 in its retrospective effect was not applicable on the case of complainant, whose husband had expired in 2014.

It said: “The refusal to consider the complainant for appointment under the PM’s Assistance Package and refusing the benefit of 21.04.2017 O.M to her is unjust, unreasonable, contrary to law and based on irrelevant grounds constituting maladministration.”

Endorsing the stance of Wafaqi Mohtasib, President Dr Arif Alvi rejected the representation of KPT with a direction to provide job to the complainant.

“In view of the above, the Hon’able President of Pakistan has been pleased to reject the instant representation directing the Agency (KPT) to consider the case of the complainant for contract employment under the PM’s Assistance Package,” read the reply to KPT’s representation addressed to the President.