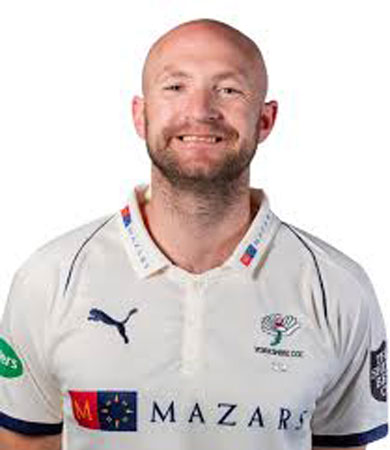 KARACHI: When the squads were announced for the Pakistan Super League (PSL) playoffs last week, one name stood out among the overseas players drafted in. While the majority are regulars on the global T20 circuit or have their fair share of caps in limited-overs internationals, Adam Lyth is ––- perhaps unfairly –– best known for his seven-match stint as an England Test opener. But Lyth’s inclusion in the Multan Sultans squad at the age of 33 serves as a reminder of the importance of timing in the franchise world. His signing was championed by Multan’s head coach, Andy Flower, who saw his ability first-hand in the Abu Dhabi T10 last winter, but if Lyth had not seized an opportunity the previous winter, he may never have had the chance to impress him. Lyth’s first taste of an overseas league was in 2017, when he spent most of the Bangladesh Premier League on the sidelines and made only 11 runs in the three innings he did play. A year later, he again found himself running drinks, this time for Maratha Arabians as they pushed towards the T10 playoffs.

Consecutive defeats left them fighting it out in the third-place playoff, and finally Lyth got an opportunity. He top-scored with 52 off 24 balls in his only innings, earning him another chance for the following season, and when Flower was signed up as head coach, he happily gave him a run of games to prove his worth. After he put on four 50-plus partnerships with Chris Lynn and scored his runs at a strike rate of 185.39 to help Maratha to win the trophy, Flower jumped at the chance to sign him in the replacement draft for the PSL playoffs.

“They saw what I could do in that last game of the tournament,” Lyth explained. “So I got picked up for the same team, and then it was all about picking people’s brains for me. You’re never too old to learn, and I’ve learned a hell of a lot playing franchise cricket. Andy knows what I can do. I think there’s five or six overseas players in our squad [at Multan], so it’s not going to be easy to get a game, but hopefully I can take that chance if I can. If I don’t, then it’s about putting my name in the hat for other franchise competitions around the world, too, and getting the experience of chatting to people, seeing how they go about things, and trying to learn for the rest of my career.”

While Lyth was not a guaranteed selection for Multan, circumstances may again have fallen in his favour following the withdrawals of James Vince and Mahmudullah from their squad due to positive Covid-19 tests. If he does get a chance, it would be a brave call to bet against him.