Approaching the point of no return

It’s bad enough that global coronavirus cases have exceeded the 50 million mark but it’s nothing short of a catastrophe that the last quarter of that number has grown in the last one month alone. It took 32 days for the number of cases to increase from 30 million to 40 million and just 21 days to add the latest 10 million, which means that despite everything that has been done so far the virus continues to spread at an ever faster rate. If this trend continues pretty soon healthcare systems will come under more pressure than they can handle. The whole world would have to go back to prolonged and agonising lockdowns, economies would collapse all over the place and the world could well cross the so called point of no return.

That means very clearly that the world as a whole is going head-first towards utter disaster. This ought to cause considerable anxiety everywhere yet it seems that in many parts of the world, especially in low income countries with large populations that are at particular risk, people just do not care about safety SOPs and go about as if the virus never came. Pakistan, for example, is in the process of losing the distinction of handling the spread better than almost everybody else on the planet as the second wave has well and truly come here. Already the government is busy deciding which areas of which cities to shut down first.

But there’s a problem with smart lockdowns as well, even though the government is all for them and attributes its earlier success to them. There are already examples, especially from the federal capital, where authorities closed a certain market for being a ‘hot zone’ only to see people from that area flocking to the neibhouring market and spreading the disease all over that place. If this keeps up those in charge will find themselves always behind the curve as the disease continues to spread. The best that the government can do really is urge the people to follow all the rules and then try and make sure that those that break them are punished. Instead of completely shutting down one place and pushing people to another, it would be better to monitor all public places and sort out people who are spreading the virus by just being irresponsible. This is just one of those moments in human history where everybody in the world will have to play a part to save it. * 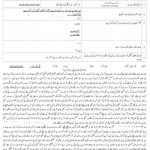