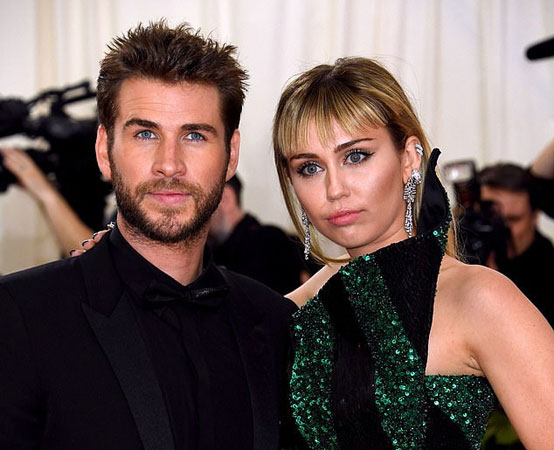 Miley Cyrus has revealed that she ‘didn’t spend too much time’ crying over her divorce from Liam Hemsworth.

The Wrecking Ball hitmaker, 27, announced her split from 30-year-old actor Liam in August 2019, just eight months after they’d tied the knot in a romantic ceremony.

But Miley has revealed that she learned to move on, following two years of ‘trauma’, which included losing her home in a fire, and the death of her beloved grandmother.

Asked on Scandinavian talk show Skavlan if she’s becoming more or less emotional with age, she said: ‘If you ask dudes I’ve broken up with they’ll say less, but I think more. I would say that there’s a stigma of coldness for a woman who actually, really moves on.

‘I’ve gone through a lot of trauma and loss in the last couple years: I had a house fire in Malibu where I lost my house and went through a divorce recently, my grandma super close with, I lost.

‘In a way, I didn’t spend too much time crying over it and it wasn’t because I was cold or trying to avoid feeling something but it was just because I wasn’t going to change it.

‘I tried to just continue to be active in what I can control, otherwise you just start feeling like you’re trapped.’

The singer and actress then went on to explain her ‘tool’ for coping with tough times is to ‘move forward’.

She said: ‘I heal through movement. I heal through travelling and meeting new people. As you lose one person, another person comes into your life.’

And Miley said she is always changed by her experiences, explaining: ‘I think my feelings change really drastically all the time. Because every experience we have at every second changes the way that you perceive your life.’

However, the Malibu singer doesn’t agree with pop icon Madonna’s previous claims that the novel coronavirus pandemic has been a ‘great equaliser’.

She said: ‘I don’t agree with that. I think that we’ve seen more divide recently than I have in my lifetime, just because we are really understanding the division between race and wealth, and that wealth and health can actually be the same thing.

‘And I think that’s unfathomably wrong and that is why our election is so important. So no, I don’t believe COVID has been an equaliser in any way.’

Miley and Liam dated on and off from 2009, rekindling their romance seemingly for good in 2016 – two years before they would exchange nuptials in December 2018.

However, their marriage would prove to be short-lived, with the couple announcing the end of their union in August 2019, and Liam filing for divorce days later.

Soon after the couple’s split was announced, Miley went on to embark on a brief romance with Kaitlynn Carter.

She then started dating Cody Simpson, a longtime friend, in October 2019. The pair announced they were going their separate ways in August.

The Hannah Montana star confirmed that she and the 23-year-old Australian singer, whom she has known for a decade, called it quits on an Instagram Live clip.

In her message on Instagram, she referenced her divorce from her ex-husband Liam, which was announced in August last year, in a move that reportedly surprised the actor.

‘A year ago, almost to this exact date, the media tried to tell my story for me, and control my narrative, and I’m just not accepting that,’ she said.

‘So today, it came out that me and my boyfriend have broken up,’ she continued.