LAHORE: A mere 25-year-old sweetheart Zara Noor Abbas who’s already got some considerable career hits under her belt. The daughter of Pakistan Drama Industry’s versatile senior actress Asma Abbas and sister of three elder brothers has been shooting for last parts of her first and maybe last drama serial while it evokes a techno-future but actually a nod to her home culture.

Drama serial is called ‘Dharkan’, based on 25 episodes out of which 6 episodes have been aired on Hum TV until this week. In the serial, Zara is playing a character of a girl ‘Areen’ who is a go-getter. Areen is a heart patient but her candor spreads smiles all around her and she only does what she wants to do, there is no stopping her.

The beautiful actress told us that her mother was also not allowed to work after her marriage and she continued working as an actor after 18 years into her marriage. 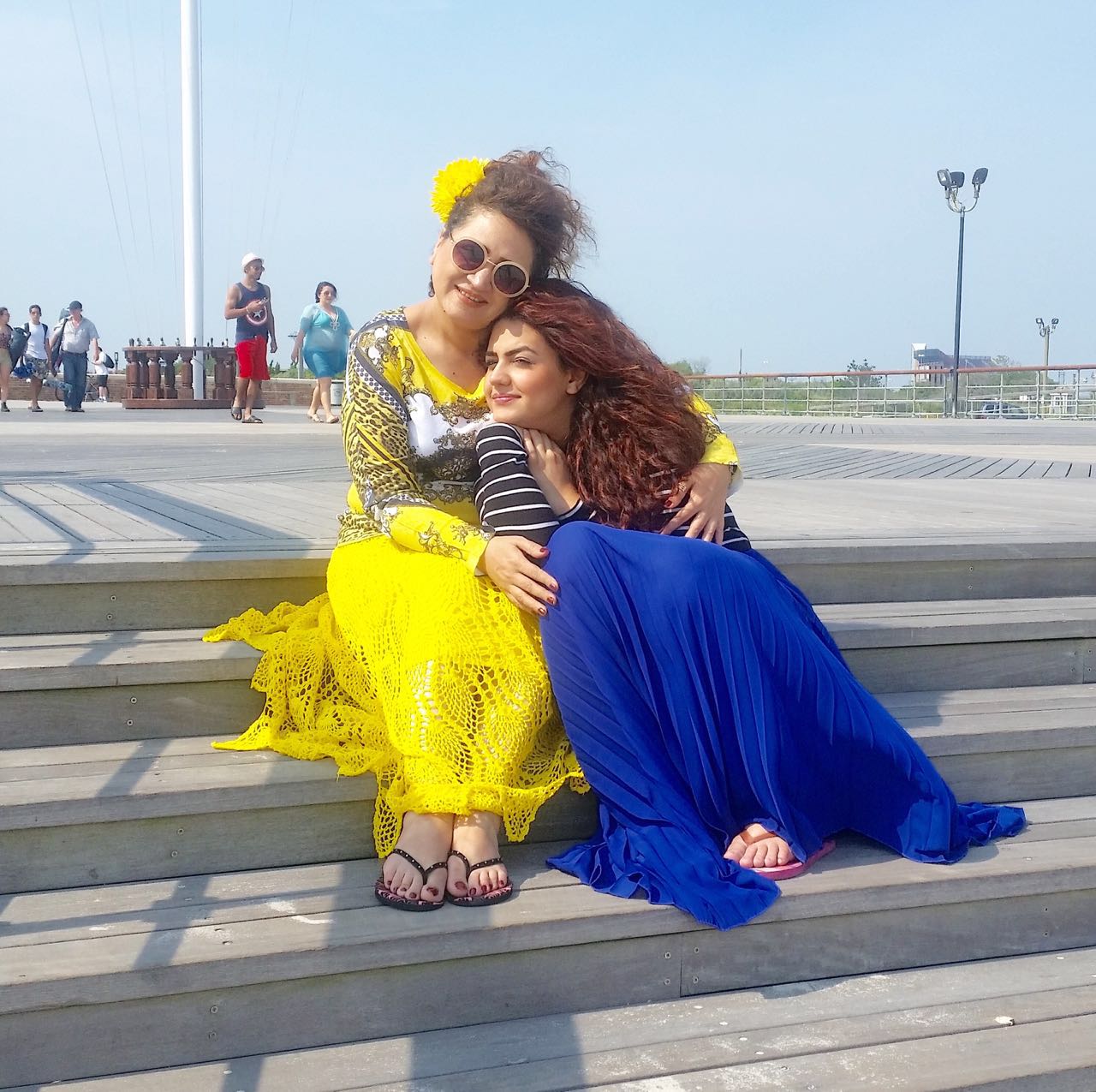 Zara told Daily Times that her father never allowed her to act while everyone including her teacher told her that the only thing she can excel is being an actor in her life and during that time she was doing her BS Hons. in TFT (Theatre, Film and Television) from BNU (Beaconhouse National University) Lahore. But finally, her father and family agreed after a lot of melodrama and she started shooting for her first drama serial. 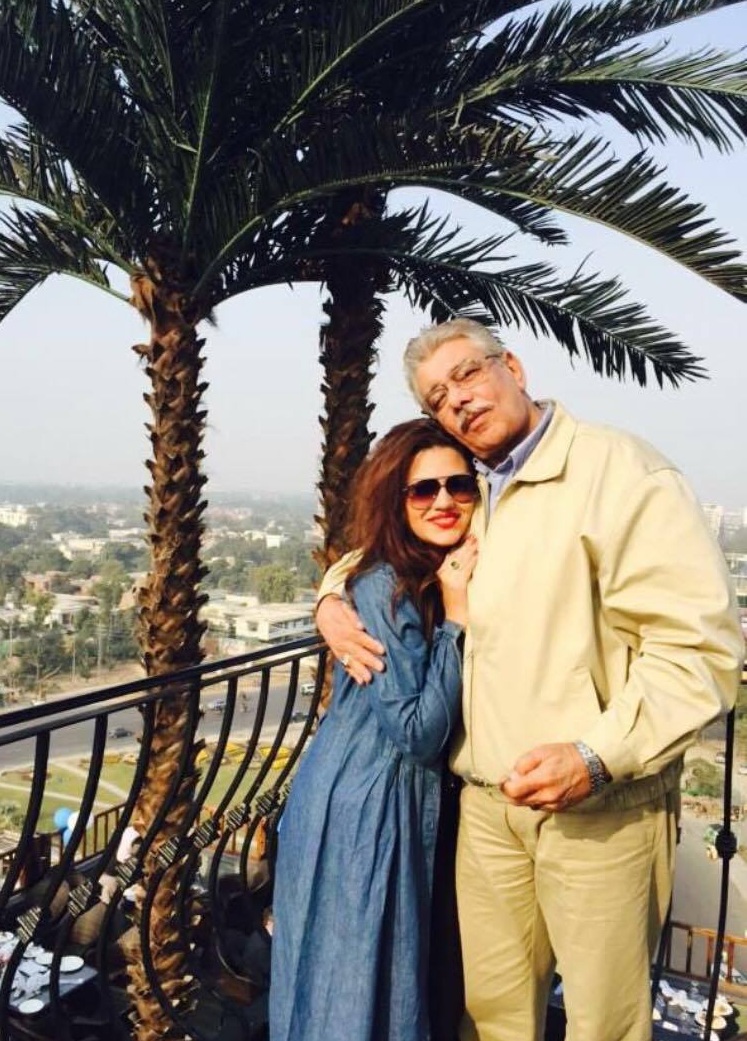 Zara told, “My teacher used to give me very tough time and used to say that, if you want to run away from this you cannot, because you can do what you want to but you are made for acting”.

She was born and has grown up in Lahore, however, she went abroad to do her diploma in Film direction and Film making.

The young actress told that by this time she became curious to know what acting is because everyone is talking about it. This is what made her step into acting.

Zara’s biggest inspirations for acting are her mother Asma Abbas and her aunt Bushra Ansari. She idealises both of these exceptional ladies, not because they are her mother and aunt but because they are the most versatile actresses in whole Pakistan Drama Industry. Also, there is no denying from this truth that Bushra Ansari and Asma Abbas are industry’s biggest names since forever.

In young talents, that our industry is full of now and doing an amazing job, Zara loves the work of Sajal Aly. The actress confesses that, “I love everything about Sajal Aly. How perfect and powerful her expressions are. When she makes the cry baby face, I wonder why this cute little girl is so worried and I want to cheer her up.”

She also loved the work of two male actors in the industry, Ahsan Khan and Adeel Chaudhry, and she wonders how come they are so amazing at what they do. She said, “Adeel is my co-star in ‘Dharkan’ and I wonder how he goes into the room and comes back all ready for the shot.. also, I have become a huge fan of Ahsan Khan after watching his performance in the drama serial ‘Udaari’. How beautifully he has done the job for that role. Wonderful!”. 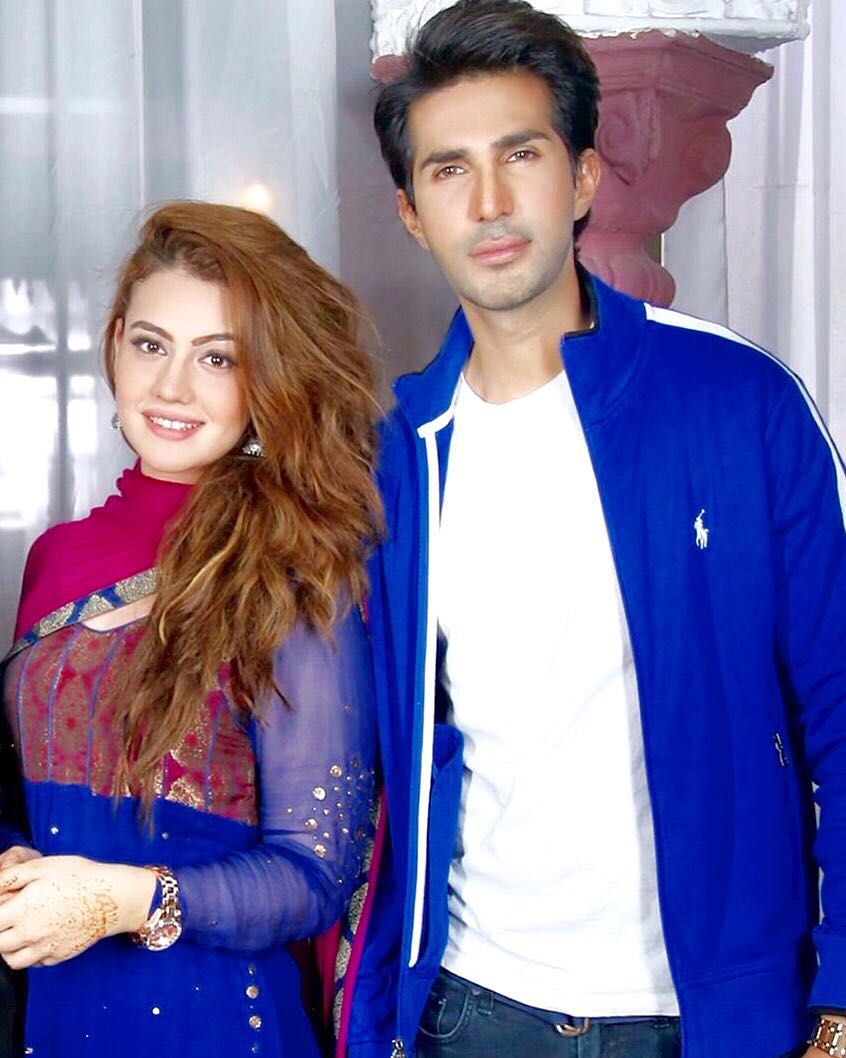 We asked her about her dream role, Zara told Daily Times that she wants to play the role of a fighter like ‘Jodha’ in Jodha Akbar or as ‘Mastani’ in Baji Rao Mastani. She loves women fighters who fought for themselves, their country and its people.

She says, “I think those women had so much substance and so much power to not only defend themselves but also to save their people who were dependent on them”.

The actress loves swimming and she got a Bronze medal from India when she went for an expo representing Pakistan with her school Salamat International back in 2006. She was very sporty in her school level but after that she did not get a chance to really continue any sport.

Zara believes in doing ‘what you love’ and says, “I tell this to everyone that you should do what you want to do and never let anyone tell you that you cannot”.

She loves to travel and her dream place to go to is Greece while she said that the tall buildings of Italy never fascinated her and she never wished to go to Italy like people wish to.

When asked about the ‘Honour killings’ in Pakistan the actor said, “I’m highly upset with whatever has happened and our country is going towards a drastic loss of humanity”.

Talking upon the recent murder case of model Qandeel Baloch, model said that, “Freedom of speech was one of the fourteen points of Quaid-e-Azam Muhammad Ali Jinnah. Whatever she (Qandeel) was doing either right or wrong, let… her God decide that. Even if you wanted to pass a charge on her you could go for it but nobody has or should have a right to kill someone. I am even against the death sentence that any court declares for a criminal/murderer.”

“I think they should put the criminals behind the bars for justice until they die a natural death but no one should have a right to kill someone except Allah. I’m against any kind of killing”, she continued.

The actress is about to launch her own clothing line in the very beginning of September. The tag line for her clothing line is ‘Back to Basics’. Things are yet to be finallised and everyone in her team are busy in getting the job done by the end of August.

Zara told Daily Times, “I was seeing that everyone has become so made-up and would load themselves with all the accessories or types of clothes, therefore, I wanted to create something very casual to wear while you go for shopping or lunch”.

“The name of clothing line is followed by my own name ‘Zara Noor Abbas’ and will be very affordable. I have played with solid colours and I have designed every article by myself. I love the work that my team has done, especially my photographer Fahd Nur has been doing an amazing work”, she continued.

Zara is setting her viewer’s hearts ablaze by her talented acting in her ever first project on TV and her ‘take-it-or-leave-it’ realness is what drawing young women into the ranks of her fiercely loyal fan base.