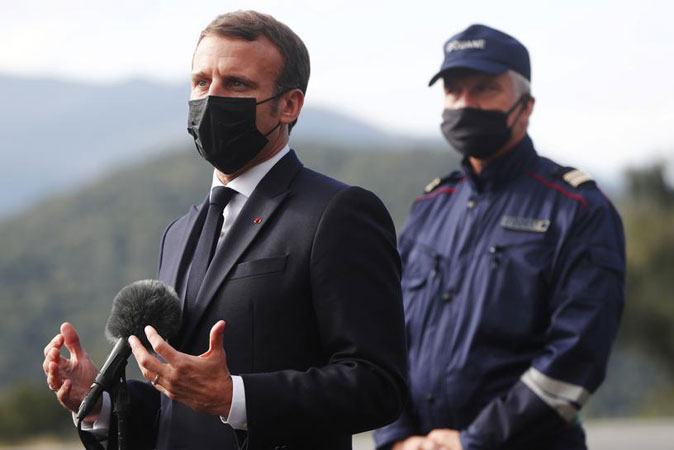 Europe must rethink its open-border Schengen area, including a more robust protection of the zone’s external frontiers, President Emmanuel Macron said on Thursday, after a spate of Islamist attacks in France and Austria. The tighter controls were needed to curb clandestine immigration, said Macron, adding that the criminal gangs illegally trafficking migrants into Europe were often linked to terror networks. “I am in favour of a deep overhaul of Schengen to re-think its organisation and to strengthen our common border security with a proper border force,” Macron said during a visit to the Franco-Spanish border. The president said he would present proposals to European Union partners at an EU summit in December. Europe is reeling from two attacks in the past week that involved assailants who moved freely between Schengen member states. On Oct. 29, a Tunisian man killed three people in a church in Nice. Brahim Aouissaoui had arrived on the Italian island of Lampedusa, which lies off North Africa, five weeks earlier.