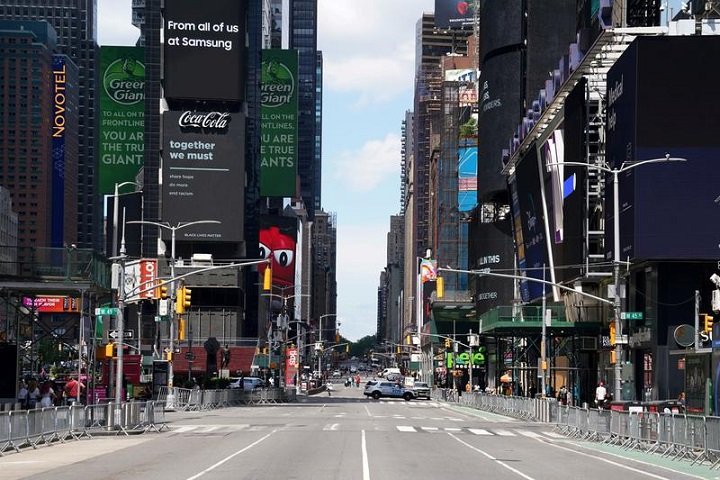 Fox News is facing criticism from the Trump campaign and its allies for projecting that Arizona’s 11 electoral votes would go to Democratic challenger Joe Biden, as other news networks sought more evidence before making a call.

Trump supporters said there were too many outstanding votes for Fox to call Arizona for Biden. Jason Miller, a senior adviser to the Trump campaign, said Fox made its projection when there were still 1 million ballots remaining to be counted from Election Day. Trump could win the state if he won 61% of those votes, he said on Twitter.

“It’s far too early to call the election in Arizona,” Arizona’s Republican governor, Doug Ducey, said on Twitter. “Election Day votes are not fully reported, and we haven’t even started to count early ballots dropped off at the polls.”

The director of Fox News’ decision desk, Arnon Mishkin, defended the call on-air, saying that the president “is not going to be able to win enough votes to take over that lead.”

The Arizona projection could exacerbate tension between the president and the news network, controlled by press baron Rupert Murdoch, whose opinion hosts are usually supportive of Trump.

In recent months Trump has publicly criticised the network, in August tweeting: “The people who are watching @FoxNews, in record numbers (thank you President Trump), are angry. They want an alternative now. So do I!”

According to reports in the Wall Street Journal and elsewhere, investors aligned with the Trump family are exploring opportunities to fund a conservative media venture or Trump-themed media outlet.

Fox has been faster than the other US TV networks in projecting the 2020 presidential election results, even as it and other news networks urged caution in interpreting early results.

It was the first network to project that Trump would win Florida and after that, that Biden would win Arizona. As of 1:00 am ET no other networks had made a projection on Arizona.

In this year’s contest, TV networks are facing heightened pressure to report election results accurately and without unwarranted speculation.

This is the first presidential election in which the major TV networks are getting data from different providers. Fox News and the Associated Press are no longer using traditional in-person exit polls, instead relying on online and telephone surveys that aim to reach early and Election Day voters. The news organisations are combining that survey data with real-time results tabulated by the AP to help make projections.

The three broadcast news networks and CNN are part of the National Election Pool consortium, which is relying on the firm Edison Research for exit polls and results as they come in from each precinct. Reuters has a distribution deal with the NEP for 2020 election data.

In part because of these different datasets, Fox News has projected some states, including Alabama, West Virginia, and Mississippi, hours before other networks. Fox was nearly five hours ahead of CNN in saying that Biden would win Virginia.