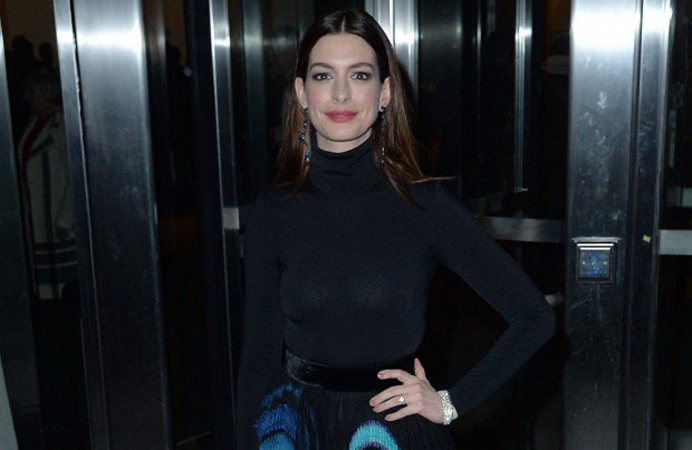 Hollywood star Anne Hathaway says she is looking forward to actor Zoe Kravitz’s version of Catwoman in filmmaker Matt Reeves’ The Batman movie. Hathaway, who played the DC Comics character of Selina Kyle aka Catwoman in Christopher Nolan-directed The Dark Knight Rises, said she saw Kravitz’s on-set photographs and was impressed by her version of the iconic part. “You saw the picture of her coming down those stairs, right? Yeah, she doesn’t need my advice. If I had any advice it would be literally don’t listen to anybody because I think the only way to play that role is to give your version of it,” the actor said in an interview with Collider. Hathaway, 37, said she is excited to see Kravitz take on Catwoman as she found her “perfect” for the role. “I’m so excited to see what she does with it. I thought she was a perfect choice.” Prior to Hathaway and 31-year-old Kravitz, actors Halle Berry, Eartha Kitt and Michelle Pfeiffer among others have essayed the part. The Batman, featuring British star Robert Pattinson as the titular superhero, is scheduled to release in March 2022.