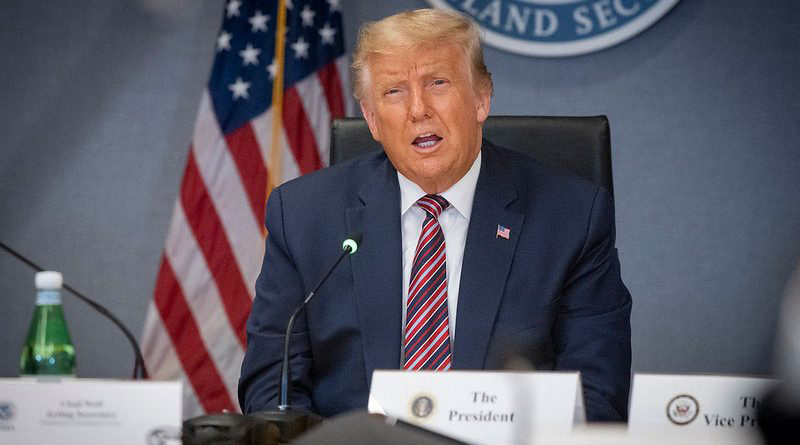 This week the United States is headed for its biggest political showdown in modern history with an election whose outcome shall determine the West’s leading state’s course of direction.

While national polls suggest that the Democrats are leading the Republicans, one can’t entirely rely on them given several factors such as margin of error, tilt of the electoral college and outcome in swing states that are crucial for both parties.

Since my arrival in Washington, DC over the weekend, the nation’s capital is buzzing with political activities despite concerns over rising COVID-19 in adjoining states such as Virginia and Maryland. It isn’t surprising to note that Joe Biden is increasingly being favoured by the public at-large. Yet there’s a sense of uncertainty over the elections since President Donald Trump could sill get re-elected despite all odds seemingly against him.

On domestic front, his administration’s conduct had remained controversial for mishandling the pandemic and using heavy-handed techniques to counter Black Lives Matter (BLM) protests in June that originated in George Floyd’s gruesome killing in May. Moreover, the pandemic has resulted in an economic meltdown that has ripped apart employment opportunities with redundancies on an unimaginable scale that exceed the Great Depression.

But are these issues enough to suggest that President Trump could lose? Not exactly. Before the pandemic hit hard in Spring 2020, unemployment rate was low and the economy was resurgent. Indeed, events folding after COVID-19 dented his chances but then one could say that he was an underdog even in 2016 when Hillary Clinton was expected to win. Both parties heavily rely on minority communities but it is the Democrats who have predominant support from such groups. Prominent figures from ethnic communities such as Congresswoman Alexandria Ocasio-Cortez, Congressman Ro Khanna and Vice Presidential Candidate Kamala Harris are leading from the front.

While Harris’ selection as vice presidential candidate was a master stroke by Biden for the overall support-base in minority groups, ironically she doesn’t enjoy much support amongst the Indian-American community despite being half-Indian from maternal side. More on this shall be discussed on the foreign policy angle in an upcoming piece.

Coming back to elections, votes were cast through mail-in ballot on a large scale this time owing to COVID-19 yet allegations of voter suppression occurred. Reports also suggest that civil unrest could occur that could likely be influenced by foreign intelligence agencies, hence, law enforcement agencies are vigilant in this regard.

America, being a land of opportunities and immigrants, has much at stake where the economy and ethnic politics play a significant role. Of course, fundraising is another electoral factor which is linked to political advertisements that influence voters. The COVID-19 pandemic is a key factor itself but as stated earlier, it is more or less a temporary hindrance for either parties. What’s crucial is how the world would react should there be any major controversy resulting from the outcome. Unpredictability is something that makes this election a nail-biting event.