All tennis activities cancelled because of outbreak 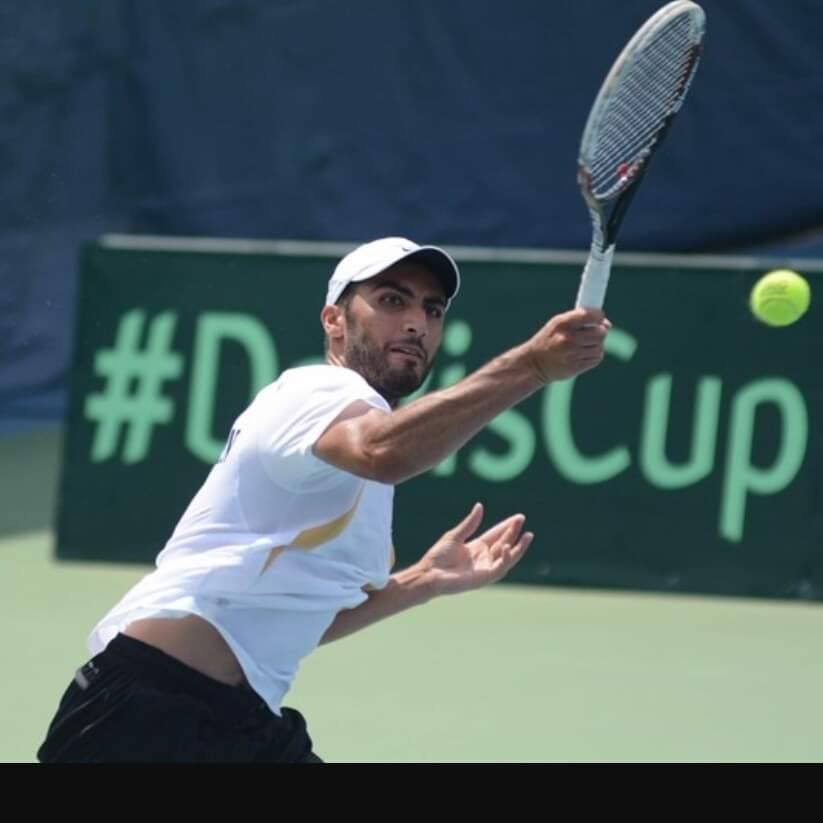 Pakistan’s Davis Cup ambitions came to an abrupt halt following their sensational come from behind win over Slovenia earlier this year. All tennis activity stopped and the National tennis Center was closed until the Covid virus was contained. Activity has picked up recently with a few junior tournaments taking place and an interesting new concept called the Universal Tennis Rating having started in Islamabad at the National Tennis Center. Zara Ahmed

Is the founder of Midcourt-Tennis initiative. It functions under a UTR licence bought by Sports E.T.C founder Yasir Hassan.

Now all UTR leagues are arranged by Mid Court in Islamabad. This unique program consists of weekend tournaments and Leagues from whom the players get world UTR rankings. So successful has this program become that draws are filled very quickly. The tennis center is abuzz with excitement with hundreds of children swarming over the courts. UTR founder and organizer Zara Ahmed started this program on a shoe string budget with donations from friends. She has organized the program expertly and efficiently. If she continues to get support, this program can go sky high. One of the positives about the UTR program is that since the events are held on weekends, they do not interfere with the children’s education. This enables the students to get world rankings that would help them get admission and financial aid in universities abroad.

Apart from the UTR, the National Tennis Center is continuing with its regular training programs, with top juniors being put through their paces under the supervision of Asim Shafiq.

Meanwhile, amongst the top players, Aisam Qureshi is on the ATP Tour. He is getting into the main draws of the Grand Slams but is losing close matches in the initial stages. Things are getting a bit more difficult as he has to choose partners with the requisite ranking points that would qualify him for these events. There are also a host of younger doubles specialists emerging, indicating that Aisam will have to stay at the top of his game in order to stay on the ATP Tour. Aqeel Khan, the Pakistan number one, is training and competing in the promising UTR program leagues and tournaments. Abid Ali Akbar, the other Davis Cupper has taken advantage of this hiatus to complete his MBA in Reno Nevada, where he is also the Assistant Head tennis coach. Earlier, he was Head Coach at the University of Idaho. He has also been coaching the Pakistan Davis Cup, Junior Davis Cup and National Tennis Center teams during his stay in Pakistan. Muzammil and Mudassar Murtaza, the two talented boys from Jahanian South Punjab are still in residence at the NTC as are a couple of talented boys from Peshawar. Huzaifa and Huzaima Abdul Rehman from Rawalpindi are also showing good potential as is Yawar, the ball boy from Lahore who is trying to fulfill his tennis dream.

But the million dollar question is, who will replace Aisam, Aqeel and Abid in the Davis Cup team. The first two have rendered stalwart service for the past two decades, having played their first tie in 1999. They do not have many more productive years left. Pakistan tennis had suffered an almost fatal blow in the years 2000 to 2012 where almost all development programs were stopped and players were victimized. It takes a decade to develop a tennis player from pre teen to adulthood. The vacuum of the twelve years is not easy to fill. However, with enterprising promoters and creative programs like UTR, one can see light at the end of the tunnel