In Indian illegally occupied Jammu and Kashmir, crippling strike is being observed, today, against Modi government’s nefarious designs to change the demographic composition of Jammu and Kashmir by allowing Hindus from India to buy land in the territory. 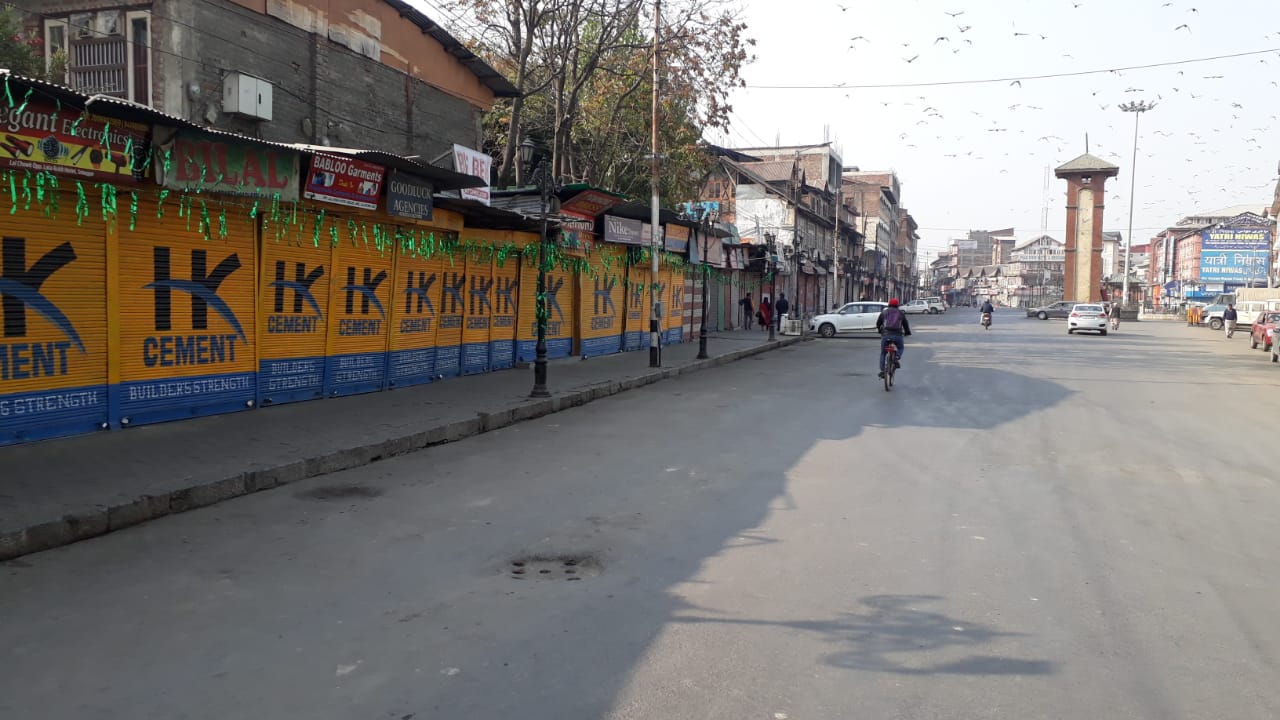 Call for the strike has been given by the All Parties Hurriyat Conference and Hurriyat forum led by Mirwaiz Umar Farooq and supported by the Jammu and Kashmir Liberation Front, Peoples League and other pro-freedom organizations. All shops and business establishments are closed while traffic is off the roads in the occupied territory.

Each year, 27th October is observed as Kashmir Black Day to mark protest and resentment by Kashmiris around the world in commemorating the forced occupation by Indian security forces in occupied Kashmir.