In international relations there are no permanent friends or permanent enemies but only the permanent interest that drives states into relations with each other. This is something visible in the current geo-politics. China which has started its journey from a sick Man of Asia but is now a dominant major power challenging even the hegemony of the USA. Presently, its increasing hold in the region of Ladakh, then it’s winning of silent wars in the South China Sea, along with the recent Iran-China deal has all opened the prospects for the growth of the emerging global power. This deal which has opened doors of opportunity for both states, Iran and China, has at the same time brought major geopolitical shifts with posing a challenge to USA influence in the Middle Eastern region and pushing India into difficult position Vis-à-vis Iran as it will threatens the Chabahar port project, which is a strategic counterweight to china and provides India with a transit route to Afghanistan and Central Asia.

The Iran-China deal though has not been officially announced yet by the official authorities but New York Times, a leading newspaper has claimed access to 18 pages draft. The idea of which was proposed back in 2016 when president Xi Jinping visited Iran and later on Iranian President Hassan Rouhani approved it, said, Iranian Foreign minister, Javad Zarif. According to it, a total of about $400 billion deal has been achieved whereby $280 billion were reserved for investment in Iran’s oil, gas and petrochemicals industry and another $120 billion in the upgrading of country’s transport and manufacturing infrastructure. As a whole 100 projects have been listed so far focusing on the development of Iran railway, free trade zones, refineries, strategic ports, 5G telecommunication, and its digital infrastructure, while on the other side Iran has agreed to provide China with cheap oil for the next 25 years. Moreover, it includes agreements related to security and military cooperation, joint military training and exercises, research and weapons development, intelligence sharing for fighting drugs, terrorism, and human trafficking.

This cooperation is going to put both states in a win-win situation. Iran with a hope to get itself out of isolation and Chinese energy need has brought two into the arms of each other. Not just this but also because of the major shifts seen where the relationship between India and USA strengthened while of USA-Iran and India-China strained, made Iran and China realize how they both can serve the interest of each other. Although, Iran has stated that the decision has been taken due to delay in the funding’s by India and deficiencies in Project implementations, however, if we look deeply it is the geopolitics that is at play guiding the actions of states. For Iran, the deal has brought a sign of hope as will provide Iran with a supporting hand against USA “maximum pressure” policy vis-à-vis Iran along with this would be mean to counter US efforts to isolate Iran in the international community.

As the deal includes agreements on security and military cooperation, joint military training and exercises, research and weapons development, intelligence sharing for fighting drugs, terrorism, human trafficking etc. So these all will ultimately be going to enhance Iran’s influence in the region along with it would provide potential to deal with its Arab neighbours. Moreover, with investment in improved transportation infrastructure, as agreed in the deal, Iran could also gain access to Asia. Not just this but it will ensure economic security to Iran as well. Though the state throughout has remained dominant in its production capacity however its exports of oil have faced serious issues because of the sanction been imposed by the USA time and again. For instance, according to IMF, the production of oil has dropped from 3.8 million barrels per day to 2.1 million barrels per day from the year 2018-19 causing the GDP to fall by 9%. So in this situation, the extending hand of China, which is the largest importer of oil worldwide with 75% of its oil been imported is going to be a game-changer for the economic growth of Iran.

Then COVID-19, which has devastated the economic structure of almost every state has also severely impacted Iran, so this deal will help in the restoration of economic activities. Ali Agha Mohammadi, the economic advisor to ayatollah Khomeini, said

“Iran needs to increase its oil production to at least 8.5 million barrels a day to retain its position as a key player in the energy market and for this, it needs the support of China.”

Not only for Iran but the deal is going to turn the tables for china as well. Since China can use Iran as a mean to counter its rival, USA influence in the region of Middle East as both USA and China have tensed relations not only because of the trade war, but also because of the ongoing blame game between the two, whereby the USA is accusing China by calling the coronavirus as “Chinese virus” and China on other hand denying the claim. For China, the deal would lead to the supply of oil, as according to the agreement Iran will provide cheap oil to China for the next 25years. Economically speaking, China by this agreement will too get a market for its products.

Then, considering the ongoing competition between China and India for dominating the region, the Iran-China deal is going to further weaken India’s position in the region while on the other hand would not only provide China with an opportunity to extend its influence in Middle Eastern region but will too help in the achievement of president Xi Jinping desire to have economic and strategic alliances extended to Eurasian through Belt and Road Imitative (BRI). Then most important is China’s entrance into the Persian Gulf and its access to Strait of Hormuz from where it could have a better eye on USA actions; especially on its Navy’s Fifth Fleet headquartered in Bahrain, its base in Myanmar and can further ensure the security of its oil transit routes. The deal will open the prospect for the creation of China-Iran-Syria strategic nexus. China from the very start believed in the peaceful rise and the use of economic means to dominate the world, so this step would be directed towards the same cause. China has the aim to link its ports with Syrian “Four sea strategy” so to connect BRI with eastern Mediterranean. Thus this economic bloc will ultimately counter the United States in the region.

However, this all isn’t something recent but both china and Iran shares history of good relations with each other as Chinese president Xi-jibing was the first to visit Iran after the lifting up of sanctions in 2016 whereby both sides entered into trade relations with the signing of multiple accords. Also, the first train service route was established between yawn and Tehran in 2016 and Iran too signed belt and road initiative of China in 2019. In 2018 when USA withdrawal from JCPOA and imposed sanction on Iran, it demanded all the states to stop the import of Iranian oil which India did too but in that time of need China was the state that extended its hand and did not cut the imports.

So the deal which on one side shows the strengthening of 25 years of the strategic partnership between China and Iran has at the same time raised serious apprehensions for many states especially for the US and India, as China’s leading footprints in Middle Eastern region would bring unfavourable consequences for both of these states. The US south Asian affairs expert, Michael Kugelman has tweeted

“The emerging China-Iran deal is a watershed for international relations”.

For India, the deal will not only pose a challenge to its aspiration of gaining a status of major regional power countering China’s influence but will also have severe implications on the Chabahar port project that was a major pillar of India’s foreign policy as will provide India with a shorter route for its imports and exports, access to energy-rich CARs states along with this a counter to Gwadar in Pakistan. Then India which has always remained a key player in the Indian Ocean because of its proximity but with China getting access to it the dominant position of India will be at stake.

Furthermore, the deal will give a boost to relations between states especially to Turkey-Russia-China-Iran strategic gamut. As Iranian Foreign Minister Mohammad Javad Zarif recently stated that

“The China-Iran deal will not only give a boost to the growing Turkey-Russia-China-Iran strategic gamut but also revitalize the Pak-Iran relations”.

As with trump coming up with “maximum pressure” policy vis-à-vis Iran, the sanctions pushed many states to cut off their economic ties with Iran but this deal is going to open new avenues for investment and will also lead to closer ties of Iran with other states. It will also give a new face to Pak-Iran relations as Pakistan being a security-conscious state always remain concerned about the infiltration and insurgencies from the border side of Iran funded by India but the deal has opened ventures for both states to join hand against terrorism, which will also re-strengthen their weaken ties.

For economic giant China, friendly relations between Iran and Pakistan is its prime goal as it will be a further knock to its Belt and Road Initiative (BRI). With China already having developed major ports in Gwadar, Hambantota and Djibouti, the recent Jask port in Iran will be a further addition to its string of pearls. Besides this the agreement on military cooperation between two Iran and China including joint training, researches have raised serious concerns as European intelligence believes some 5000 Chinese troops will be posted in Tehran to look after China’s interests in the region. Than China providing Iran with electronic warfare capabilities, early warning systems, jamming technology, and surveillance systems will not only provide Iran with strong mussels against Israel but will too counter USA influence in Middle Eastern region.

To sum up, the deal once materialized will bring major geopolitical shifts, benefiting both Iran and China, yet at the same time would have serious implications on India, United States and the region as a whole. However, all this will be a test of time.

The author is currently pursuing her Bachelors in International Relations from National Defence University, Islamabad. 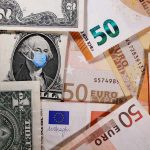