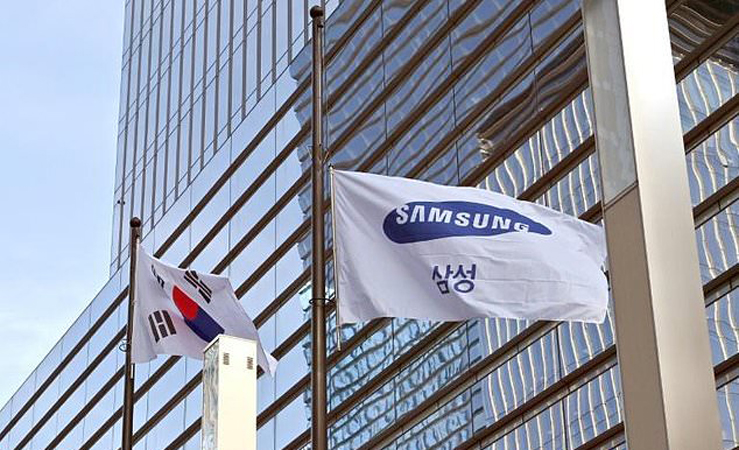 Samsung’s mobile and chip businesses were boosted by US sanctions against its Chinese rival Huawei Samsung Electronics’ net profit jumped by almost half in the third quarter, it reported Thursday, as the South Korean giant’s mobile and chip businesses were boosted by US sanctions against its Chinese rival Huawei. The world’s biggest memory chip maker said profits in the July-to-September period were up 48.8 per cent year-on-year to 9.36 trillion won ($8.3 billion), beating expectations according to Bloomberg News. The firm is the flagship subsidiary of the giant Samsung Group, by far the biggest of the family-controlled conglomerates that dominate business in the world’s 12th largest economy, and it is crucial to South Korea’s economic health. The figures come a day after the burial of late chairman Lee Kun-hee — who turned the firm into a global powerhouse — and as the coronavirus wreaks havoc with the world economy. But despite the pandemic hammering many economies, South Korea returned to growth in the third quarter, driven by a better-than-expected exports performance. The country is now widely expected to be among the least affected in the OECD group of developed economies in 2020 in terms of economic performance. Analysts say Samsung’s rollout in August of its latest premium smartphones — the Galaxy Note 20 and the Galaxy Z Fold 2 — coupled with strong sales of mid-range phones led the firm’s third-quarter performance. A US ban on foreign companies providing Huawei with US-origin technology, which came into effect on September 15 — cutting off essential supplies of semiconductors and software needed for making smartphones and 5G equipment — also provided a boost. “Samsung has been quite aggressive in new launches as well as channel strategies, riding on the ongoing anti-China sentiment,” Prachir Singh, a senior analyst at market observer Counterpoint, told AFP. A reduction in marketing costs due to the pandemic was “also helpful in terms of operating profit” for Samsung, said Sujeong Lim, another analyst at Counterpoint. The firm’s memory business also benefited from the feud after Huawei rushed to stock up on Samsung-made semiconductors before the US restrictions kicked in. That segment “posted solid earnings as healthy demand for mobile and PC products led to higher-than-expected shipments, outweighing the impact of lower memory chip prices,” the firm said in a statement. Operating profit rose 58.7 per cent to 12.35 trillion won, while sales were also up 8 per cent at 66.96 trillion won. – ‘Significant oversupply’ – But the firm’s prospects may not be quite so rosy. Chairman Lee Kun-hee, who transformed Samsung into a global power, died on Sunday Samsung led the DRAM chip market with a 43.5 per cent share in April-June, according to market researcher TrendForce. Server DRAM chips enjoyed a boost as the pandemic prompted working from home and online classes — but were now experiencing “significant oversupply”, it said in a report. “Therefore, contract prices of server DRAM products continue to descend to new lows,” it went on, forecasting a 13-18 per cent drop in the fourth quarter. Lim at Counterpoint said: “The situation in the semiconductor market including servers market is likely not so good, thus there is a lot of uncertainty. server demand is also decreasing. “Also, as the supply for Huawei has been suspended, it may take some time for Samsung to find another client to make up for the lost business.” Samsung warned its smartphone sales in the current quarter are expected to decline due to “subsiding effects from new flagship model launches”, while higher marketing spending in the face of intensifying competition “is also likely to weigh down profit”. Earlier this year, Samsung was dethroned by Huawei from its long-held position as the world’s biggest smartphone maker as the Chinese economy recovered from the coronavirus. Chairman Lee Kun-hee died on Sunday, six years after being left bedridden by a heart attack, when his son and heir Lee Jae-Yong took over as de facto leader, although officially he has remained vice-chairman. The family face the prospect of paying billions of dollars in inheritance taxes. Complicating the firm’s succession plans, the son is currently being retried over a sprawling corruption scandal that could see him return to prison. He is not being held in custody during the proceedings but a guilty verdict could deprive the firm of its top decision-maker. Samsung Electronics shares were down 1.36 per cent in morning trade in Seoul.