Western economies and hegemonic ideology are on losing track. In recent years we have observed that economic crises in many Western countries has compelled people to agitate at one name or other. The longest streak of agitation originated in France, which government was unable to counter with decency. State used brutal force and tools to control the agitation. Despite the efforts Yellow movement’s signs are still apparent, as people are struggling for their daily needs. We can also mention agitations in other Western countries like Greece etc. which depict the deteriorating economies which impact the social fabric of these countries.

Instead of fixing the problems and work to root out the root causes, the Western political elite started to look for excuses and try to shift blame. First, they criticized migrants and puts all types of barriers to control the migrants. National parties started to organize movements to counter and malign the migrants. It became popular slogan for election in many countries. Although, people were coming from war zones, but they faced worst treatment by the so-called civilized nations. The values and ethics, which West advocate to other could not implement at the home. It broke the image of European value system.

As economic crisis is deepening, the human right violations and undermining of values has been on rise. Western countries are facing shrinking of economies and process has been accelerated by COVID-19. The overall GDP growth is in negative, which is further complicating the existing state of economies. We have seen that unemployment is on rise and people are struggling to sustain their jobs. It is leading towards the compromise on living standards. The situation is very alarming in remote areas. It has also triggered dissatisfaction among many countries from the European Union. As, Serbia, at the start of COVID-19 was asking for help from EU but it could not attract the required assistance. In these circumstances China came forward to help Serbia to counter the impact of COVID-19.

The most alarming point is that the Interfaith Harmony Office of EU is silent on the incident. Although, the office is advocating around the world for religious harmony, but it is silent over the actions of France, the founding member of EU

Now the bond crisis is looming over the Western countries. It has created disturbance among the policy circles and governments are looking ways to counter it. At the moment they do not have any answer to counter the looming crises.Economies are already weak, and West does not enjoy monopoly in global market. There is stern competition in international market. China has emerged as one of the most competitive players in global market and Western countries have no answer. They are trying to counter China by running propaganda or malicious campaigns but with limited success, as China is too big to control.

In these circumstances, Western countries are looking scape goats to divert the attention of their people from economic crisis. Although, the crisis is due to bad policy economic principles, but they are not ready to accept it. The system of economies of West has fundamental flaws, which led to accumulation of wealth and in-equalities. There is no system of redistribution of resources and only trickle is being presented for the resource distribution. Multinational Companies have become too powerful and, in some countries, these are really huge. These companies have worldwide presence and playing a leading role in national economies of West. Hence, in some cases the companies become more powerful than states.

So, the Western countries instead of fixing problem started to highlight Muslims as cause of problem at one name or other. First, they were maligned for terrorism and a war was imposed on many Muslim countries. However, they could not win any war and in frustration they are leaving some war fields after the destruction of countries like Libya and Afghanistan. It is also due to domestic pressure, as their nationals started to question the benefit of wars and relevance for their countries.

Now they have adopted another strategy. They started toantagonize Muslims in their own countries by adopting different strategies. First Muslim women were banned to use their religious right to observe pardaha in France. Apart from Islamic point of view, it is also against the human right, as everyone has right to choose clothing. France government used state power to discriminate against Muslim and implemented the law. Now France has adopted another strategy. They started to target the Prophet Muhammad (PBUH). Macron openly defend the cartoonist and refused to accept the sentiments of Muslim. Macron know it very well Muslims cannot tolerate it but he is doing it with purpose. He considers it a good opportunity to divert attention from the economic situation of country. But France was unable to estimate the impact of this action on their economy and most importantly on their moral values. Boycott campaign has been started against the French products in all Muslim countries. It will definitely have negative implication French economy.

However, the most alarming point is that the Interfaith Harmony Office of EU is silent on the incident. Although, the office is advocating around the world for religious harmony, but it is silent over the actions of France, the founding member of EU. The EU community also could not denounce it. The incident is also against the spirit of UN initiative on the interfaith harmony, which it promotes through week on interfaith harmony. These actions indicate that the values, which West advocate is only lip service and in reality,they act against it. The incident also indicates that worsening economic situation of West is also contributing in departure of West from their own values and value systems. If it not checks here, it would be a disaster for the world and peace will be compromised. 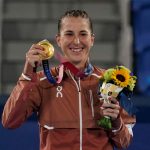 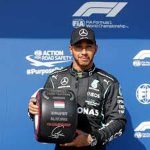