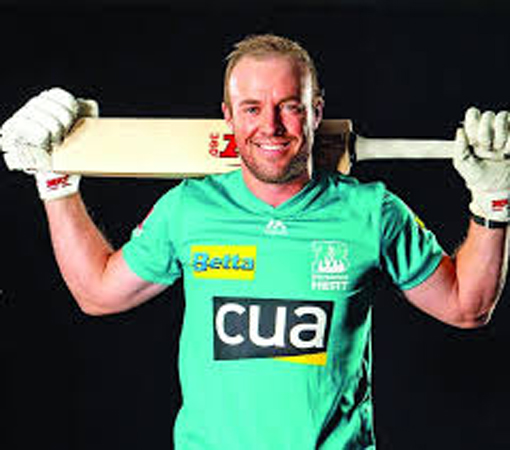 SYDNEY: AB de Villiers will not return to the BBL with the Brisbane Heat this season due to the imminent birth of his third child and the complexities created by Covid-19, although the club have re-signed Afghanistan spinner Mujeeb Ur Rahman. De Villiers’ signing was announced to much fanfare last season as he played six matches for the Heat although his returns were middling with 146 runs at 24.33. He is currently enjoying an impressive IPL with Royal Challengers Bangalore and the Heat hope he can return in the future.

“While things initially looked fine for him to come back, there have been a few factors emerge which have changed everyone’s plans,” coach Darren Lehmann said. “The main one, aside from the challenges represented by Covid-19 and international travel, is that AB and his wife Danielle are expecting their third child very soon. “Naturally we’re very pleased for them and know that the next few months will be a very special time for all. We’ll stay in contact and see what develops. He has been in excellent touch in the IPL for Royal Challengers Bangalore, so he obviously remains a player we’d like to keep working with when the circumstances allow.” Had de Villiers joined the BBL he would have been required to undergo 14 days quarantine in a hotel room before being able to link up with the Heat squad. 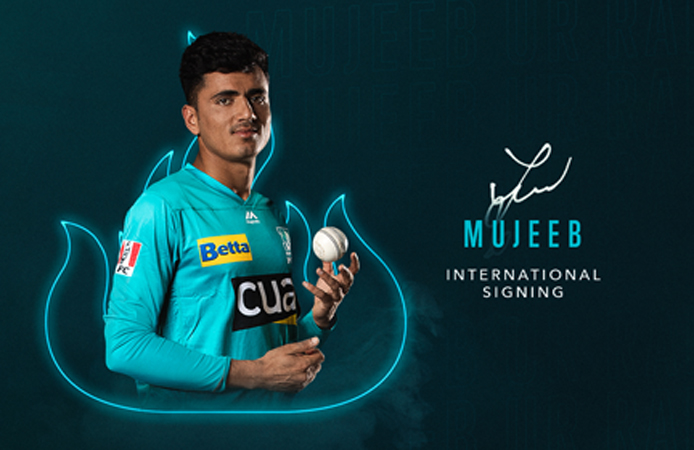 “It’s exciting for Danielle and me with the arrival of our new baby very soon,” he said. “So with a young, growing family, and the uncertainty around travel and conditions due to Covid-19, we reluctantly decided it wasn’t going to be this season. “The Heat were great to us last summer and I am very open to returning to the club in the future. The team didn’t get the results we were hoping for and I consider there is some unfinished business to deal with.” Mujeeb, meanwhile, will play his third season for the Heat. He is part of the Kings XI Punjab squad at the IPL although has only made two wicketless outings at the tournament. However, his form at the CPL, where he claimed 16 wickets at 13.56 and an economy of 5.29 on surfaces heavily in favour of spin, has encouraged Lehmann.

“He’s doing a lot of the little things as well as anyone, and his control and maturity have gone to a new level, I believe,” Lehmann said. “He was outstanding in the Caribbean Premier League recently when he was the second leading wicket-taker in the competition, and he’s shown in the IPL that he can handle the very best. “We’re very pleased to have him back with us and with the BBL schedule potentially looking quite different to the usual format, his versatility and ability to create chances in a range of conditions will be very important for us.” The Heat also have England’s Tom Banton in their squad and teams will be allowed to field three overseas players in their XIs for the next two seasons. The schedule for the BBL has yet to be confirmed but is expected to be announced shortly after the Australia-India dates are rubberstamped.