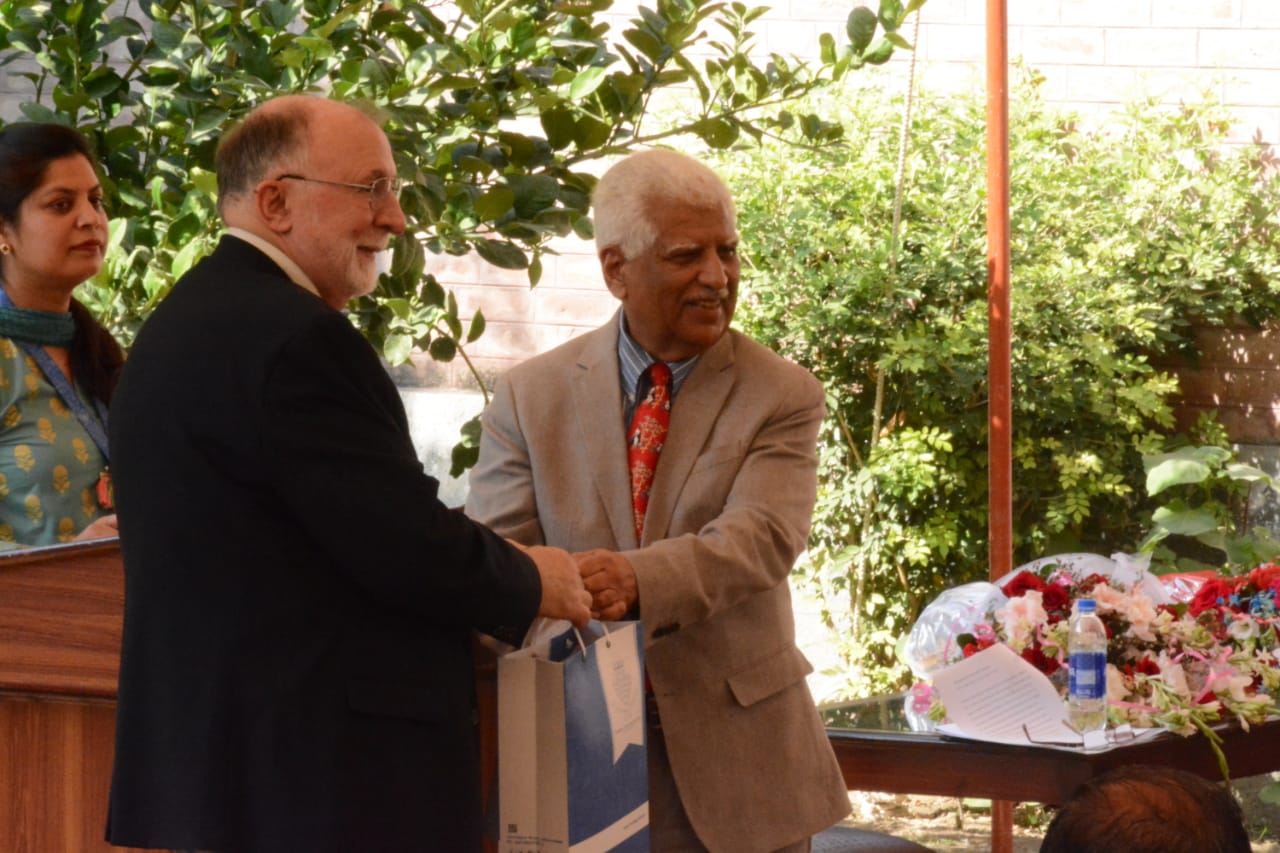 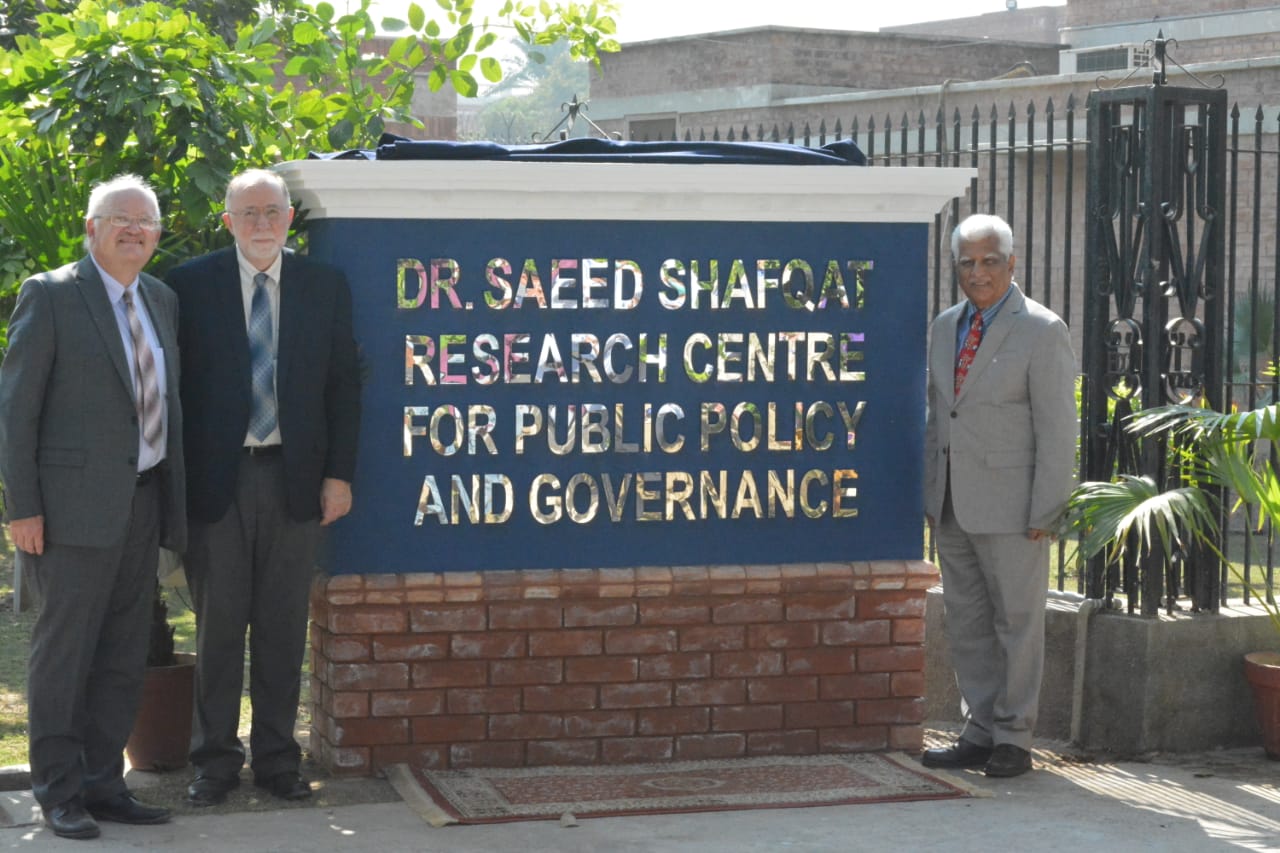 Dr. Saeed Shafqat is an eminent social scientist of international repute. He joined FCCU in 2007 as a Professor and founding Director of the Centre for Public Policy and Governance (CPPG). Besides designing and developing postgraduate academic programs in Public Policy, he launched the publication of Research and News Quarterly. In 2018 he was awarded the Tamgha-e-Imtiaz in recognition of his services as a distinguished Social Scientist in the field of education, research and teaching. In 2019 he was awarded the Chevalier des Palmes Académiques for his contributions to the advancement of culture and education. Dr. Shafqat is member BOG, National School of Public Policy and a regular guest speaker at the National Defence University and National Management College. He has been Quaid-e-Azam Distinguished Professor and Chair (March 2001 – May 2005), Pakistan Center at the School of international Affairs and Public Policy (SIPA), Columbia University and continued to be Adjunct Professor at SIPA until 2010. For Spring 2012, he was Visiting Professor South Asian Studies, at the College of Wooster, Ohio. He has been Chief Instructor Civil Services Academy of Pakistan, Lahore (1988 – 2001) and was Executive Director, National Institute of Population Studies (NIPS) 2005 – 2007. 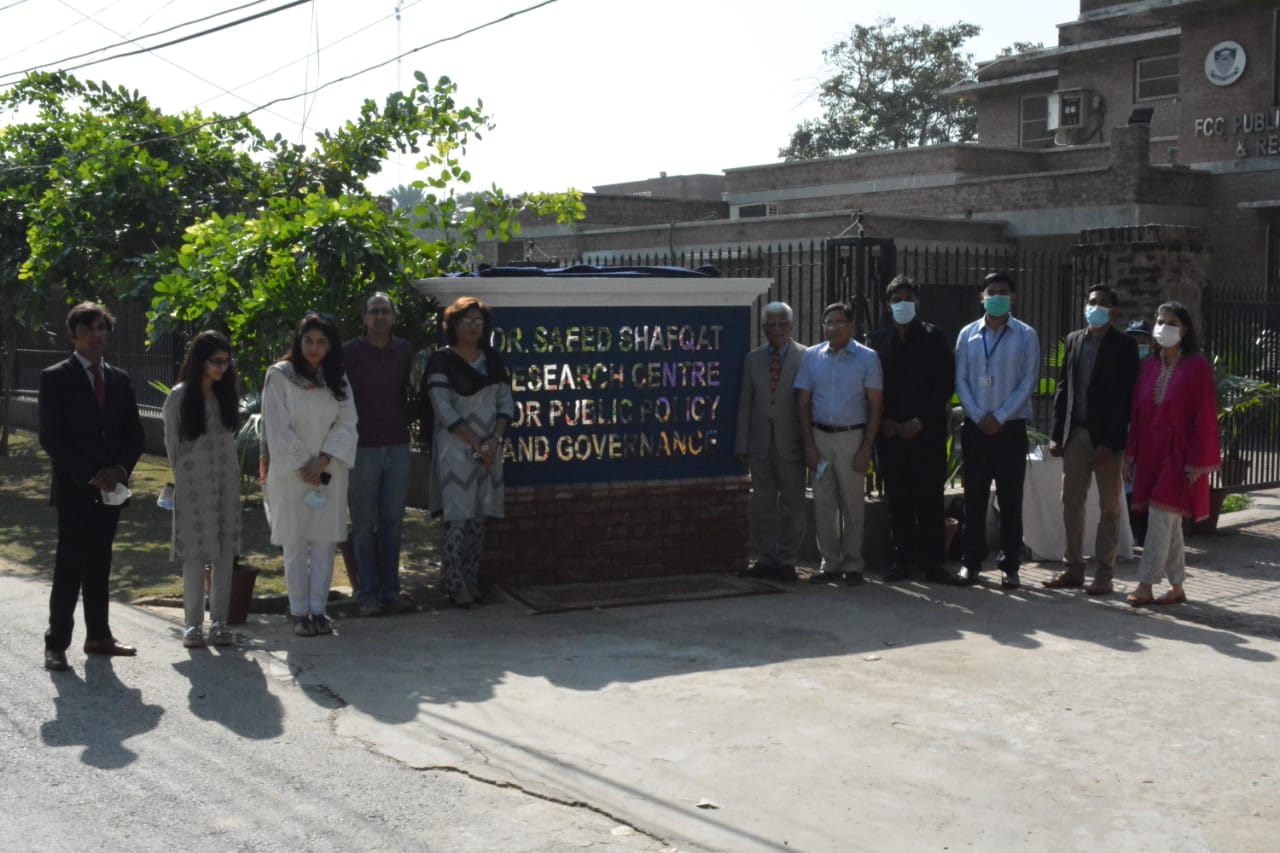 CPPG has three academic programs: MPhil, Executive Masters and PhD in Public Policy. While, pursuing academic programs, the Centre has also concentrated on securing projects and enhancing its Think Tank functions. Since 2009, it has won and successfully completed 12 projects, no less than one a year. Besides conducting actionable research on issues confronting policy makers in Pakistan; since 2013, the CPPG China Cell has been exploring research on China- Pakistan relations. At the FCCU, The CPPG has the distinction of being a program, which is also a Publisher, publishing peer reviewed Monographs, Discussion Papers, Policy Briefs and Positions Papers regularly. Since 2018, the CPPG is also part of Global Think Tank network. This is an initiative and global out reach program stemming from the Think Tanks and Civil Societies Program (TTCSP) at the Lauder Institute for Management and International Studies, University of Pennsylvania. Post COVID-19, the CPPG is planning on collaborative online teaching and research with our international partners. At this point we are working on three initiatives; one pertains to online teaching and other on collaborative research with institutes such as the University of Buffalo, New York, Observers Research Foundation (ORF) India and George Mason University, USA.

During the Covid period, CPPG is striving to keep the spirit of its policy dialogues & seminars alive and has launched its Webinar Series: video clips of discussions between academics, policy influencers and experts in Public Policy and related fields. These initiatives and experiences have collectively strengthened CPPG’s reputation as a Research Hub in the field of Public Policy and its expertise is not only recognized locally but internationally as well. In fact, CPPG has frequently been acknowledged as the ‘face’ and ‘representative’ body of FCC University.

Dr. James Tebbe, Rector FCCU, also spoke on the occasion and said he had a personal connection with Dr. Shafqat, owing to the warm welcome and assistance he received from him. CPPG’s seminars are a particular achievement of Dr. Shafqat, which cover a fascinating range of topics. Dr. Tebbe believes that Dr. Shafqat is ‘a networker par excellence’ and his success lies in his ability to take initiative. He encourages young faculty members and supports fresh research, which is commendable. Dr. Tebbe also felt that Dr. Shafqat is an authority on the subject of ‘bureaucracy in Pakistan’ and his contribution to training of civil servants in the country has been noteworthy.

Taking the stage, Dr. Shafqat thanked his colleagues for the support he has received over the years at FCCU—which has been his longest serving position throughout his career. He commented that individuals are not larger than institutions and the FCC community including faculty and management has been instrumental in helping him achieve his vision for CPPG as a Center of Excellence. He added that promoting original research could be a challenge, particularly when generating funds. Indeed, postgraduate teaching might not be a revenue-generating endeavor but needs to be supported to expand scholarship in the country. He felt that FCCU has come a long way in improving higher education in Pakistan and has created a solid reputation for itself within the higher-education community. Research Centres such as CPPG have a responsibility towards promoting creative, problem-solving and policy-oriented academic discourse and our Centre hopes to continue to keep contributing to that process.
Top of Form
Bottom of Form