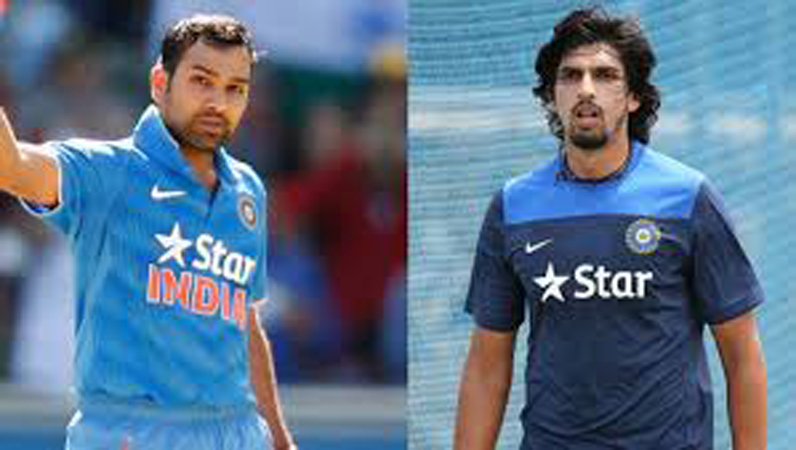 NEW DELHI: India left out the injured duo of opener Rohit Sharma and quick Ishant Sharma from the test and limited-overs squads for their upcoming tour of Australia but will continue to monitor their progress, the cricket board said on Monday. Ishant has been ruled out of remainder of the ongoing Indian Premier League (IPL) in the United Arab Emirates after suffering an abdominal muscle tear earlier in the tournament. Rohit, who captains defending champions Mumbai Indians in the Twenty20 competition, has also missed the last two IPL matches with a hamstring injury. “The BCCI medical team will continue to monitor the progress of Rohit Sharma and Ishant Sharma,” Board of Control for Cricket in India secretary Jay Shah said in a statement.

Limited-overs stalwart Rohit has reinvented himself as a Test opener and his injury creates uncertainty around who would partner Mayank Agarwal at the top of the batting order in the four-Test series. India have named Prithvi Shaw, KL Rahul and Shubman Gill in the Test squad and one of them could land the role should Rohit fail to recover. Uncapped quick Mohammed Siraj was also named in the 18-member test squad, which contains two wicketkeepers in Wriddhiman Saha and Rishabh Pant.

Pant was omitted from limited-overs squads where Rahul was preferred. Four additional bowlers –– Kamlesh Nagarkoti, Kartik Tyagi, Ishan Porel and T. Natarajan –– will accompany the team on the tour. India are scheduled to play four Test matches in December-January, preceded by three one-day internationals and as many Twenty20 matches, though the exact itinerary is yet to be finalised. The Virat Kohli-led team, who recorded India’s first ever test series victory in Australia last year, are scheduled to quarantine in Sydney next month.