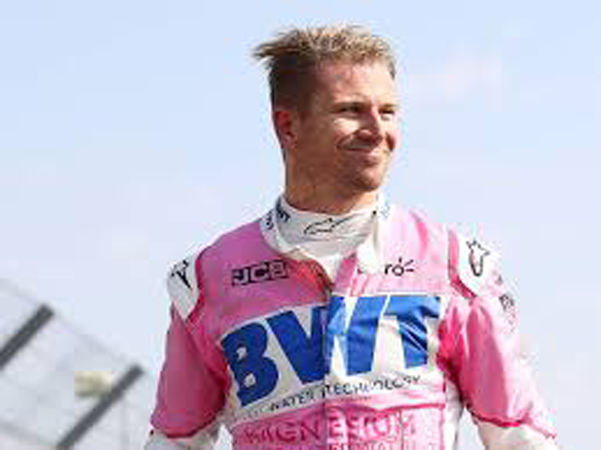 LISBON: Racing Point have Nico Hulkenberg on standby at this weekend’s Portuguese Formula One Grand Prix but the team expect Lance Stroll to race after the Canadian was cleared of COVID-19. Stroll tested positive for the new coronavirus on Oct 11, the day of the Eifel Grand Prix at the Nuerburgring, but said he had reported a negative result after 10 days of quarantine at home in Switzerland. Team boss Otmar Szafnauer told reporters on Thursday that Hulkenberg, a late replacement for Stroll in Germany and for Sergio Perez at Silverstone in August when the Mexican contracted the virus, was in Portimao.

“The probability of (Stroll) now giving a positive is low. Is it zero? I don’t know,” said the American in a video call. “Nico is here as a precaution and I’m confident Lance will be in the car this weekend. “I think other teams have also opted to bring reserve drivers for the first time. I think it just makes sense to have reserve drivers.” Szafnauer was questioned about why Stroll had not taken another COVID test as soon as he felt unwell at the Nuerburgring, rather than leaving it until he returned home.

The team boss insisted the Canadian had not shown typical symptoms but revealed also that the driver had described them to a family doctor over the telephone rather than seeing anyone in person at the track. Stroll’s father Lawrence, the team owner and Aston Martin executive chairman, was not at the race but also tested positive on Oct. 11 at the family home in Switzerland after previous negative results. “The doctor told him your symptoms aren’t COVID symptoms,” said Szafnauer in defence of his driver. “Hindsight’s a wonderful thing but he tested pre-event negative. He tested twice post-Russia negative. The symptoms were there since Russia… at the time with the information we had, it (another test) was unnecessary.”

A spokesman for the governing FIA said Racing Point would be warned for a breach of the COVID-19 protocol in not having immediately reported Stroll’s positive result to them. The team’s behaviour at the racetrack was, however, in line with the rules. Ferrari were also warned earlier in the season after their drivers were seen mixing with people outside their protective ‘bubbles’.