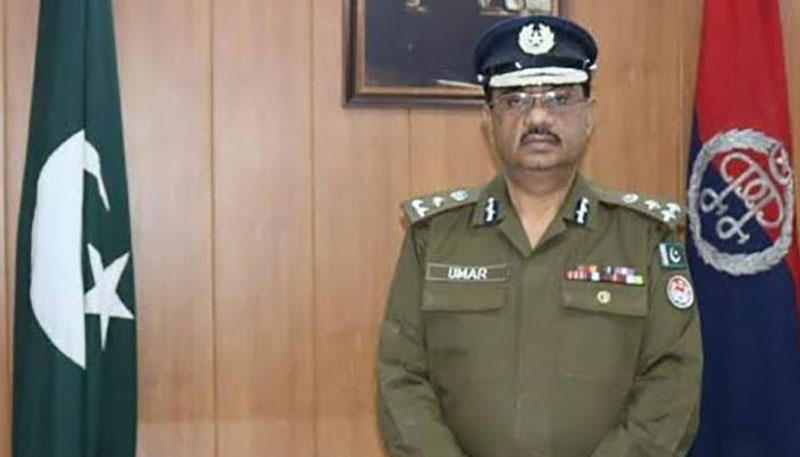 Prime Minister Imran Khan and Chief Minister Usman Buzdar on Wednesday expressed resentment over an audio of the Capital City Police Office (CCPO) Lahore Umar Sheikh, in which he could be allegedly heard hurling abuses at a woman complainant during a telephone conversation, a private TV channel reported.

The CCPO Lahore has been directed to submit a report regarding the matter while Law Minister Punjab Raja Basharat had also met with Inspector General of Police (IG) Punjab Inam Ghani in this regard.

Furthermore, the CCPO Lahore Umar Shaikh has also submitted a request for three-day leave to the IGP Punjab.

It is pertinent to mention here that it was not the first time that the CCPO Lahore has landed himself in a controversy owing to his remarks. On September 14, CCPO Lahore Umer Sheikh had to apologise for his statement on the Lahore motorway gang-rape incident in which he had said the victim woman shared the blame for it. Later in a statement, he had said, “I apologise to the victim woman and all sections of society for my remarks.” He said he didn’t mean anything wrong and if his statement has led to any misunderstanding, he then apologise to the victim and all those angered by it.

An alleged audio leak of Lahore CCPO Umar Sheikh in which he can be heard hurling abuses at a woman who contacted him by phone for help went viral on social media on Tuesday. The woman had sought the police chief help for an ‘impartial’ probe into the detention of her husband in a ‘fake’ narcotics case. The CCPO, according to a TV channel, described the leak as another conspiracy against him.

The woman contacted the CCPO by phone and introduced herself as ‘N’ (the real name withheld) from Raiwind. As she tried to narrate ‘injustice’ meted out to her by a sub-inspector of the Adda Plot police post, the CCPO abused her for calling him.

Earlier, in her written complaint to the CCPO, the complainant said the SI had picked up her husband from their Raiwind residence and drove him to Lahore. Later, she received a call from the SI who demanded Rs3 million for the safe release of her husband and threatened to implicate him in a drug trafficking case.

She further claimed the police official warned her if she reported the matter to his senior command, he would ask his maternal uncle working as SHO in Kasur to lodge a criminal case against her husband. The woman said the SI asked her to hand over the money to two local residents.

The woman said she later sold her only house at a throwaway price of Rs2 million and gave Rs1.6 million to the two men. Despite all, she said the police official lodged a case against her husband claiming that he had registered a weak FIR, giving favour to her husband against the bribe he got from her.

Meanwhile, the Lahore SSP discipline and the Saddar SP probed the matter and in their separate reports, declared the allegations of the woman false. Not satisfied with the findings, the woman said she contacted the CCPO who had made his mobile phone number public asking the people to contact him directly on finding no justice from the police.

The Lahore police, in its statement released to the media, clarified that the husband of the woman was a habitual criminal and drug pusher. The police said the family was earlier living in Kasur where many cases were registered against the accused. Even the Pakistan (Punjab) Rangers had lodged some criminal cases against him and his accomplice. Later, the family left Kasur and started living in Raiwind where the accused again started drug supply business. The Lahore police claimed that the woman had knowingly filed a complaint against the SI to put pressure on him to release her husband. It said since the woman had been contacting the CCPO from multiple mobile phones to get a favour, Mr Sheikh had asked her not to contact him again.