* While the ‘Dirilis: Ertugrul’ cast has generally been grateful to Prime Minister Imran Khan of helping the show become one of the most watched television productions in Pakistan, Konul had another reason to be grateful to the premier 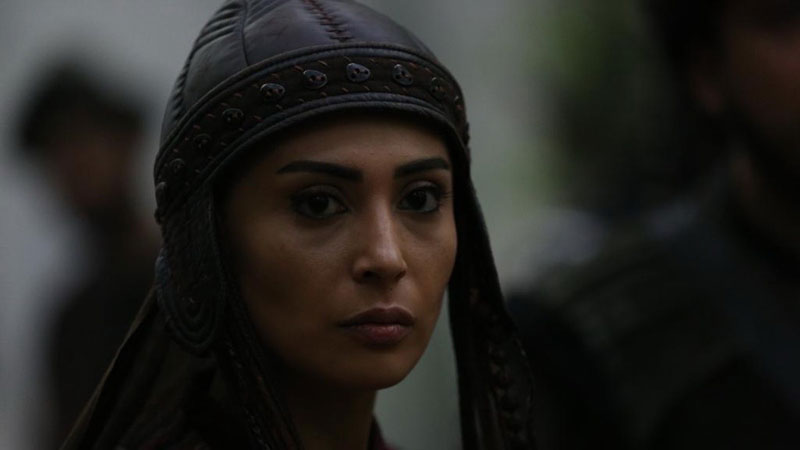 Turkish TV show Dirilis: Ertugrul has been all the rage in Pakistan this year, with many of its characters becoming household names across the length and breadth of the country.

Among its massive cast is the character Alangoya – a fierce Mongolian warrior who plots against the titular character, Ertugrul. In a recent exclusive interview to Dawn Images, the actress who played the character, Konul Nagiyeva, who is originally from Azerbaijan, has shared her experiences about working on the show.

While the Dirilis: Ertugrul cast has generally been grateful to Prime Minister Imran Khan of helping the show become one of the most watched television productions in Pakistan, Konul had another reason to be grateful to the premier.

She has thanked Prime Minister Imran Khan for Pakistan’s support for Azerbaijan in the Nagorno-Karabakh dispute while sharing that she would love to visit Pakistan someday.

Konul has been working in Turkey for six years now.

Commenting on the worst outbreak of hostilities in the separatist region, the Ertugrul actress said: “I also want to thank the Pakistani Prime Minister Imran Khan for the support that he has been extending to my country Azerbaijan. I am generally someone who doesn’t pay attention to politics but the ongoing war in the Nagorno-Karabakh region is very painful and I am hoping that we get justice soon.”

“I am not someone who likes war, but there are times when there is so much injustice that there can’t be any peace,” the actress told the publication.

Armenia and Azerbaijan have been locked in a simmering conflict for decades over the region and new fighting that erupted last month has been the heaviest in decades.

During the interview, the celebrity revealed that she likes to act but she is also a writer, composer, singer. and director. While self-isolated at home, she has lately been spending the additional time to write.

The actress also hoped to visit Pakistan one day.” I would love to [visit Pakistan,” she said, adding that previously she had limited knowledge about Pakistan.

“To what I knew from Wikipedia; that Pakistan and Azerbaijan supported each other, the capital was Islamabad and the languages spoken were Urdu and English. Now, however, I want to know so much more about this country,” Konul shared.