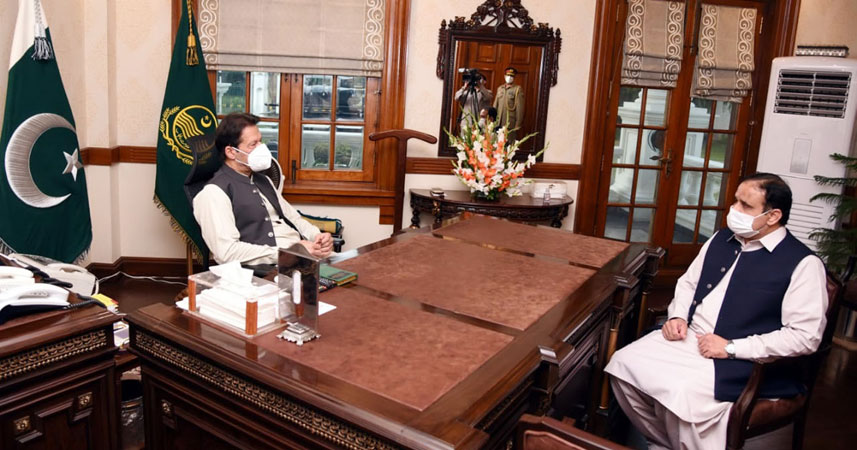 Across the board accountability of the corrupt will continue under PM Imran Khan, said Chief Minister Sardar Usman Buzdar in a statement issued here on Tuesday.

The CM regretted the opposition is continuing the sole agenda of saving their looted money. Those who are involved in a tirade against the institutions are an enemy of the nation and anti-state narrative is a conspicuous proof of the mental state of the so-called leaders, he said. The CM emphasised every act and statement against the national interest is condemnable as spreading anarchy and chaos is no politics. Rather, politics means public service and the people cannot be fooled because they know that who is honest and who is lying, he stressed.

The CM maintained the unnatural collusion of 11 assorted parties is worthless before an honest leader like Imran Khan. The conspiracy hatched by the opposition parties against institutions has been badly failed.

The opposition first tried to politicise corona and then launched a venomous harangue against state institutions, he regretted. The people are siding with the institutions and have rejected the nefarious narrative of the opposition, he stated. The CM regretted the elements that wreaked havoc with the country are bent upon obstructing the development process through the anarchy. The opposition should shun negative politics as it is weakening the national unity, advised the CM.

Meanwhile, the government has fixed Rs 200 minimum support price of sugarcane to protect farmers’ rights as they were given Rs.100/120 per maund rate of their sugarcane crop in the previous tenure.

This was stated by Chief Minister Punjab Sardar Usman Buzdar in a statement issued here on Tuesday.

CM Usman Buzdar added the crushing season will commence from November 10 in south Punjab; while in rest of the districts, crushing will start from November 15. It is satisfying the PTI government has ensured 99 per cent payments to the farmers in Punjab by recovering pending payments from the influential sugar mill owners, he added.

As many as 8623 people have been tested during the last 24 hours. 108 new corona cases have been reported while 12 patients have died during this period.

This was stated by Chief Minister Punjab Sardar Usman Buzdar in a statement issued here on Tuesday.

He said a total of 97252, out of 101760, have been recovered. The total number of active corona cases is 2198 in Punjab, he added. The number of patients and corona related deaths have increased during the first 20 days of the month of October due to avoidance of corona SOPs, he said. The citizens should fully observe SOPs and maintain social distancing to remain safe from the second wave of this virus, the CM concluded.