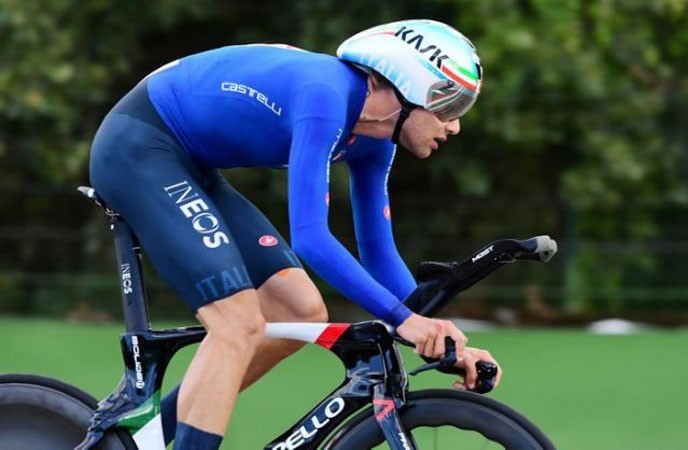 Italian Filippo Ganna claimed his third victory in this year’s Giro d’Italia when he won the 14th stage on Saturday, a 34.1km individual time trial from Conegliano to Valdobbiadene, as Joao Almeida extended his overall lead. The time trial world champion powered through the undulating course in 42 minutes 40 seconds to beat his Ineos-Grenadiers team mate Rohan Dennis by 26 seconds and American Brandon McNulty (UAE Team Emirates) by 1:09. Ganna won the opening time trial in Palermo and the fifth stage in Camigliatello Silano. Portugal’s Almeida of Deceuninck-Quick Step clocked the best time of the overall contenders in 44:11 to stretch his lead over Wilco Kelderman of the Netherlands to 56 seconds. Spain’s Pello Bilbao (Bahrain-McLaren) stayed third, 2:11 off the pace, with McNulty breaking into the top five in fourth position, 2:23 behind Almeida. Double Giro champion Vincenzo Nibali (Trek Segafredo) is fifth, 2:30 off the pace.