* Trust deficit between Government and Private Sector needs to be bridged: LCCI 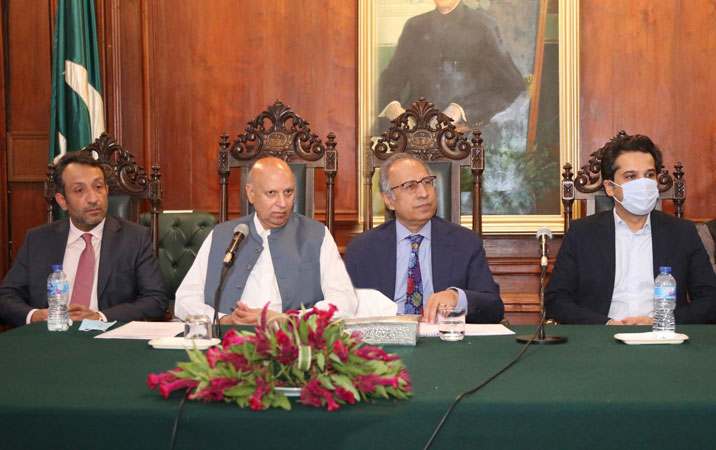 Hafeez Shiekh said the government is focusing on enhancing exports and it is in this context, duties on numerous raw materials have been reduced and energy has been provided at subsidized rates to export sectors. He further added that the COVID-19 has adversely impacted the tax collection of Federal Government. Despite financial difficulties, the Government facilitated the businesses in COVID scenario by introducing different schemes for deferring principle payments, loans for salaries, relaxation in energy bills for small businesses and tax breaks for the construction sector, adding that Ehsaas Program has been started to give low cost loans to young entrepreneurs.

Speaking on the occasion, Governor Punjab Chaudhry Muhammad Sarwar said Government gives extra importance to private sector and is striving hard to keep a close liaison with private sector as they are the main source of wealth creation and employment generation. He said the present government has worked hard to reduce the current account deficit from 20 billion dollars to 3 billion dollars. The construction industry has started to pick up due to the recent incentive package by the Prime Minister.

The LCCI President Mian Tariq Misbah said the energy cost for all the export sectors needs to be reduced. The availability of Gas for Industry should be ensured 24/7. Small Traders have suffered a lot after COVID outbreak. The Government should give interest free loans to the small traders. The Government should also have a dialogue with small traders to know more about their problems.

Former presidents of LCCI said that the Refunds of small business should be released on urgent basis. A Large number of businesses should get their refunds rather than small number of businesses. No progress has been made on privatization. Precious Government funds are being wasted on the salaries of the employees non- functioning state owned enterprises. Trust deficit between Government and Private Sector needs to be finished. There is a tremendous potential of enhancing exports to Russia and Central Asia but the Banking Channels are quite weak, adding the rate of 17% tax on the inputs of various export oriented industries is extremely high. The pending Refunds of the industry must be released on urgent basis. They said the Local LPG production meets 60-70% demand but still the taxes on local LPG (Sales tax and Petroleum Development Levy) are higher as compared to imported LPG. This anomaly needs to be rectified. They said new gas connections are being provided on the high rates of imported RLNG while the old consumers are charged the old rate. On the model of electricity tariff, there should be weighted average rates for gas consumers. Enhancing Exports is imperative to get the economy out of the current economic crisis, they maintained.