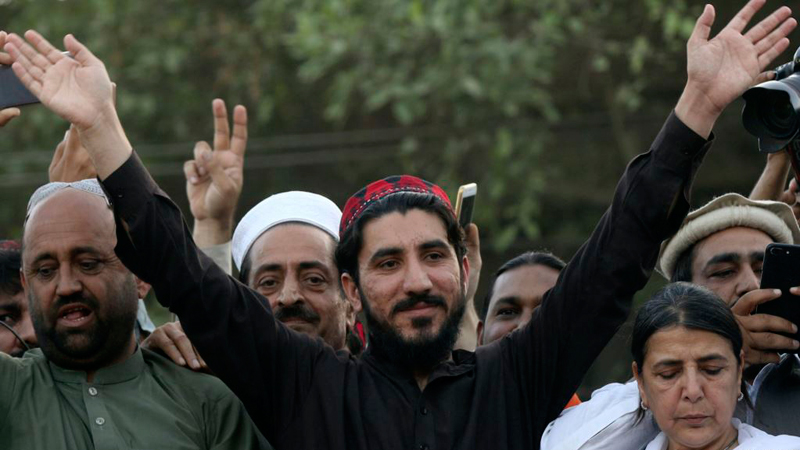 The Khyber Pakhtunkhwa government on Wednesday announced withdrawing a case pertaining to a clash at a Kharqamar military check post against the Pashtun Tahaffuz Movement’s (PTM) leaders and workers.

A first information report (FIR) was registered at the Counter-Terrorism Department (CTD) Police Station, Bannu Range, against several PTM workers for allegedly attacking an army check post at Kharqamar in North Waziristan on May 26 last year. Fourteen people were killed and several others were injured in the clash.

Senior PTM members and MNAs Mohsin Dawar and Ali Wazir were nominated in the case along with others under different sections of the Pakistan Penal Code, Maintenance of Public Order Ordinance, and Section 7 of the Anti-Terrorism Act.

Wazir and Dawar, along with their supporters, were going to participate in a sit-in protest in the area when they were stopped by security forces at the Kharqamar check post.

The KP government after registering the case also distributed compensation cheques among the families of the people killed in the clash.

On March 16, the KP law department had filed an application in the anti-terrorism court (ATC) of Bannu, stating that the government did not want to pursue the case. The application was filed through the Bannu district public prosecutor and ATC Bannu’s senior public prosecutor.

MNA Dawar also confirmed that the government had withdrawn the case. He and Wazir also filed an application before the court today, requesting the judge to decide the case as per law after the submission of the withdrawal application.