Role of parks and horticulture authority 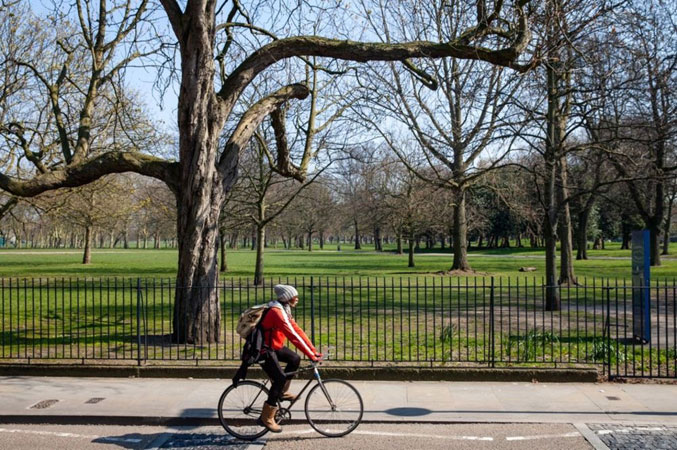 Parks and Horticulture Authority (PHA) in Lahore is a well-established body aiming to enhance and maintain the greenbelts, public parks and playgrounds in the surrounding areas of the city.

The authorities of PHA view that greenery plays a significant role in creating and enhancing the beauty of urban areas of Punjab. Refining the public infrastructure of Lahore by building parks and conservation of natural resources for enhancement of the quality of life is the prime goal of PHA in Lahore.

?PHA has developed a landmark status of illumination and beautification of different areas of Lahore. Its eminent projects of beautification comprise Botanical Garden in Jallo Park, Liberty Roundabout, Mall Road, Butterfly House in Johar Town, Main Boulevard Gulberg and Greater Iqbal Park. These places are well-decorated by Parks and Horticulture Authority in terms of lightning on plants and trees, flower arrangements and crafting multiple styled figures and images on plants and trees.

?Organization of the public festivals and exhibitions is another prime focus of PHA. It has been extremely active in creation of leisure, sports and entertainment for its citizens. These aids in offering stress mitigating opportunities for boosting cognitive and physical well-being of individuals. A leading example is of an annual chrysanthemum show of 2017 held in Jillani Park, Lahore in spring. It hosted several gardening stalls from where public at large could buy flowers, gardening equipment and seeds. This show added to the beauty and charm of Jillani Park, Lahore in spring season.

Besides, regulation of outdoor advertisement activities is another prime focus of PHA. It includes management and organization of billboards including LED billboards with varying designs and patterns such as floral images, Quaid-e-Azam’s LED portrait, and LED images of sports items. Such management of billboards is done in lines with the festival or event in place such as floral LED patterns are launched on account of the spring season.

A few projects like Bab-e-Pakistan (Gateway of Pakistan) and Rail Green Corridor are other landmark achievements of PHA Lahore. Bab-e-Pakistan built in Walton, Lahore is a national monument symbolic of the site where Muslim refugee camps were established following independence of Pakistan. Likewise, Rail Green Corridor has been another initiative of PHA Lahore, which involved converting all the land surrounding rail tracks into greenery for enhancement of urban beauty.

The afore-mentioned projects undertaken by Parks and Horticulture Authority, Lahore are congruent with its vision and mission to glorify the beauty of Lahore-city of gardens. The efforts of PHA are really appreciable and there is a need for the government of Punjab to allocate more funds for granting to PHA for enabling it to invest in its projects. Moreover, there is a need to invest finances for recruitment of specialized creative personnel in the creative department of PHA. It will be beneficial in digging more innovative ways for the enhancement of beauty of the gardens of Lahore. The implementation of these measures effectively can indeed help to maintain ecosystem of Lahore city.