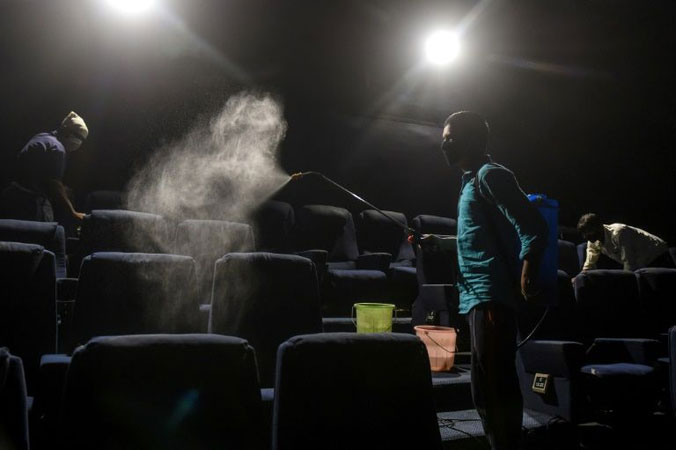 India’s coronavirus cases surged past seven million on Sunday, taking it ever closer to overtaking the United States as the world’s most infected country.

Health ministry data showed a rise of almost 75,000 cases on Sunday, taking the total to 7.05 million, second only to the US which has recorded 7.67 million infections.

Experts say that the true number may be much higher, with testing rates in the vast country of 1.3 billion people — home to some of the planet’s most crowded cities — much lower than in many other countries.

This is borne out by a string of studies measuring antibodies to the virus among the Indian population that have indicated infection rates could be several times higher than officially recorded.

India’s death toll of 108,334 as of Sunday is also lower than in the US and other countries with higher caseloads.

The United States has recorded 214,000 deaths while Brazil, with two million fewer infections than India, has lost nearly 150,000 lives so far.

Possible factors for this include India’s relatively young population, immunity thanks to other diseases — and under-reporting.

The rise in infections in India comes as the government continues to lift restrictions to boost an economy battered by a severe lockdown imposed in March.

On Thursday, cinemas are set to re-open — albeit at 50 percent capacity — and experts fear the upcoming festival season when large crowds gather for public celebrations will exacerbate the situation. Anticipating a fresh surge in cases, the government has issued strict guidelines and capped the number of revellers for the two main Hindu festivals of Dussehra on October 25 and Diwali next month.

“Our collective efforts have helped saved many lives. We have to continue the momentum and protect our citizens from the virus,” Modi tweeted.

The virus initially hit major metropolises such as Mumbai and New Delhi, but has since spread to almost every corner of the huge country, including the remote Andaman and Nicobar islands.

But Preeti Kumar of the Delhi-based Public Health Foundation of India said it was too early to assume India has passed the peak.

“What the epidemic has taught us is caution. These declines (in numbers) are real but depend on many factors such as testing, type of testing, intervention efficacy etcetera,” Kumar told AFP.

Many Indians are worried too.

“Despite the government’s efforts to take things back to normal, it doesn’t feel that way because there is an underlying anxiety that I may be the next to become a part of the virus statistics,” said Anamika Prasad, 23, a university student.

Jayprakash Shukla, 66, a retired government official, said he was worried about cases going up “hugely and beyond control”.