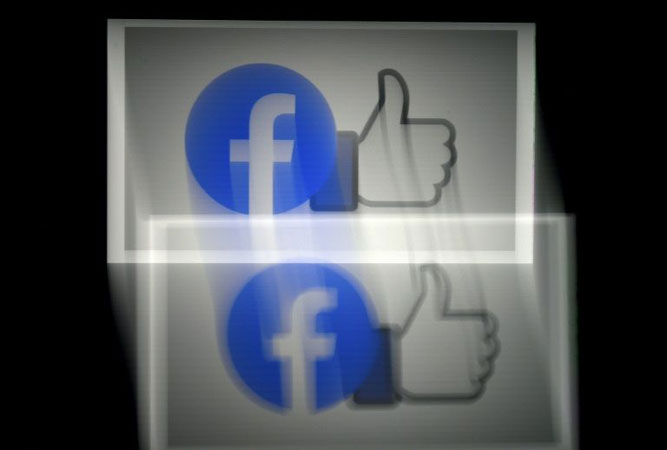 Facebook on Thursday said it derailed a campaign using fake accounts to praise US President Donald Trump as part of its latest crackdown on orchestrated deception.

The social network has banned US marketing firm Rally Forge, which coordinated the “inauthentic behavior” on behalf of the pro-Trump youth group Turning Point USA and Inclusive Conservation Group, according to head of cybersecurity policy Nathaniel Gleicher.

Activity at the bogus accounts mostly involved commenting on news articles rather than posting their own content, according to Facebook.

The campaign included criticism of the Democratic party and its presidential candidate former vice president Joe Biden and praise of Trump and the Republican party, according to Facebook.

The network appeared to have started its operations in 2018, having take aim previously at the midterm elections in the US, the social network said.

“Many of these accounts used stock profile photos and posed as right-leaning individuals from across the US,” Facebook said.

In 2018, some of the accounts posed as people with left-leaning views to make comments about news articles or public figures.

“Although the people behind this network attempted to conceal their identities and coordination, our investigation linked this activity to Rally Forge,” Gleicher said.

“Rally Forge is now banned from Facebook. We are continuing to investigate all linked networks, and will take action as appropriate if we determine they are engaged in deceptive behavior.”

Facebook’s investigation into the network was triggered by Washington Post reports about some elements of the campaign, according to Gleicher.

According to the report, Rally Forge enlisted teenagers to coordinate pro-Trump posts across social media in a secretive operation in a campaign organized by Turning Point, a group led by vocal Trump supporter Charlie Kirk.

Nearly a million dollars was spent by Rally Forge on advertising, with not all of those marketing messages connected to the deception campaign, according to Facebook.

While not formally linked to the Trump campaign, Turning Point — which says it is active at more than 1,500 universities across the country — has organized events for the president.

As automated systems thwarted fake accounts, those behind the campaign shifted to “less thinly veiled” methods such as variations on real names to appear more authentic, according to Gleicher.

“We see these actors increasingly caught between a rock and a hard place, which makes them easier to catch,” Gleicher said.

“We know they will continue to try to mislead people, including by making opinions seem more common than they are.”

Comments about trophy or sport hunting by the faked accounts — supposedly aimed at inflating the perception of support for the activity — were aimed mostly at the US, and a bit at people in Kenya and Botswana, Gleicher said.

Gleicher said Facebook efforts to ferret out campaigns of deception is forcing those behind them to work harder to evade defenses.

Operations being removed appear to be younger, with fewer followers, than campaigns uncovered in the past, he added.

“We see them using tactics that take much more time to develop, like building a credible seeming organization across networks and giving it a back story,” Gleicher said.

He renewed Facebook’s call for elected leaders to determine the proper line between political advocacy and deception when it comes to what content should be deemed unacceptable online.

“That is a societal challenge that we think requires legislation,” Gleicher said.