India using TTP and JUA for terrorism in Pakistan 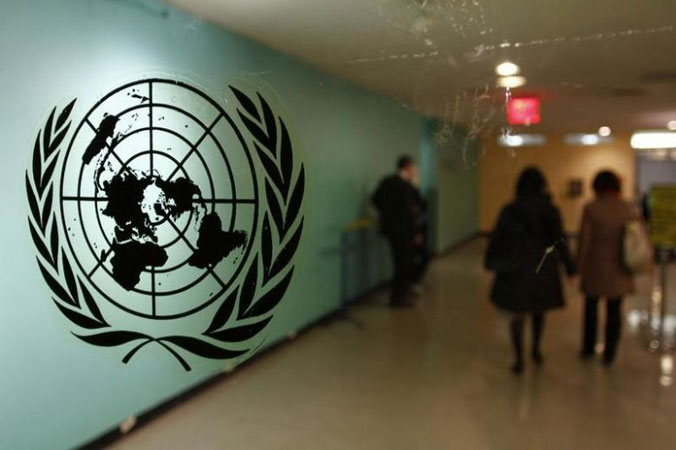 Pakistan on Thursday told the United Nations that India is pushing banned terrorist organisations Tehreek-Taliban Pakistan (TTP) and Jamaat-ul-Ahrar (JuA) to carry out cross-border attacks against its military and civilian targets.

Utilising Pakistan’s Right to Reply at the Sixth Committee General Debate during the 75th Session of the UN General Assembly in New York, Pakistani diplomat Jehanzeb Khan said India has used ‘terrorism as an instrument of its coercive policies against every one of its neighbors’. He emphasised that New Delhi had especially used the policy against Pakistan and its Muslim population, particularly in the parts of Kashmir it has illegally occupied. “Over the last decade, thousands of Pakistanis have been killed or injured as a result of these Indian-sponsored terrorist attacks,” Jehanzeb said.

He said that India is financing and organising secret mercenary terrorist organisations based outside Pakistan to carry out attacks to impede CPEC’s implementation. He said India’s Hindu supremacist organizations, especially the fascist RSS, has, for decades, preached the violent suppression of India’s 180 million Muslims. “The reign of state terrorism in Indian Illegally Occupied Jammu and Kashmir has done little to frustrate the indigenous and legitimate struggle of Kashmiris for their inalienable right to self-determination,” the Pakistani diplomat said. “No amount of extra-judicial killings in fake encounters will be able to take away Kashmiris desire for freedom,” he reiterated.

Jehanzeb Khan said Modi, a lifelong RSS member, is responsible for the pogrom in Gujrat in 2002 which killed 2000 innocent Muslim children, women and men – and repeated this year in Delhi. “Modi was denied a visa to the US until he became prime minister. There are court cases in the US still pending against Modi and his associates. Sooner or later, these terrorists will be brought to justice. Pakistan will continue to unmask Indian terrorist activities in front of the world,” he added.

Speaking in a general debate, the Pakistani envoy underscored that the right of peoples to self-determination was the “bedrock” of of international relations. “While the international community has continued to reaffirm the principle of self-determination, the free exercise of this right has been denied, so far, in certain cases, such as in Jammu and Kashmir and Palestine,” Ambassador Akram said.

In fact, he said the General Assembly Resolution 2649 (1970) declared that denial of the right of self-determination of peoples under colonial occupation or alien domination is a gross violation of the UN Charter and that such peoples have the right to struggle for the realization of their right “by all available means”.

“India has, by obfuscation and oppression, denied the right of self-determination to the people of Jammu and Kashmir for seven decades,” the Pakistani envoy said.

On 05 August last year, India, he said, initiated its so-called ‘final solution’ in occupied Jammu and Kashmir by eliminating its statehood, imposing a siege and changing its demographic composition, flagrantly violating the UN Charter, the relevant Security Council resolutions; and international law, including the Fourth Geneva Convention.

During the last fourteen months, India has imprisoned all Kashmiri political leaders, illegally detained 13,000 Kashmiri youth, tortured many of them, summarily executed young boys, put down protest violently, including the use of blinding pellet guns, and imposed collective punishments demolishing and burning entire neighborhoods and villages.

“Not a single Indian soldier has been punished for these crimes,” Ambassador Akram told delegates from around the world.

One and a half million Indian settlers have been issued domicile certificates to transform the illegally Indian Occupied Kashmir (IIOJK) from a Muslim majority state into a Hindu majority territory, he said. ‘This gross violation of the Fourth Geneva Convention may be a pre-cursor to mass atrocities and genocide.”

The High Commissioner on Human Rights issued several statements since August 2019, urging India to “unlock the situation and fully restore the rights that are currently being denied” to the people of IIOJK, he pointed out. The joint communication by eighteen Special Mandate Holders of the Human Rights Council termed the human rights situation in IIOJK in “free fall”.