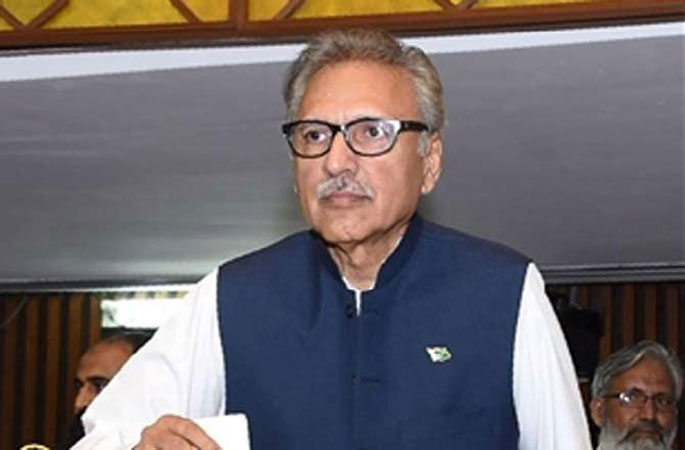 President Dr Arif Alvi on Thursday said Pakistan Navy played a vital role in defending the maritime frontiers as well as securing the economic interests of the country by providing security to Gwadar Port and CPEC sea routes.

The President stated in a meeting with the newly appointed Chief of the Naval Staff Admiral Amjad Khan Niazi, who called on him here at Aiwan-e-Sadr.

He congratulated Admiral Amjad Khan on assuming the office of naval chief and expressed hope that Pakistan Navy under his leadership, would successfullyovercome the maritime challenges.

Both ships were patrolling in Gulf of Aden as part of International efforts to counter piracy and ensure security of shipping transiting through the vital area, said a Pakistan Navy press release.

PNS ZULFIQUAR was also deployed on Regional Maritime Security Patrol (RMSP) in Gulf of Aden. The exercise confirms the commitment of Pakistan Navy to provide secure maritime environment in the global commons for international shipping and to counter illegal activities at sea. Pakistan Navy, in line with Government policies stand ready to play its role for maritime safety and security in the region. The exercise would further contribute in improving the bilateral ties between Pakistan Navy and South Korean Navy.