* No presence of locusts reported from KP, Sindh and Punjab provinces for last several days 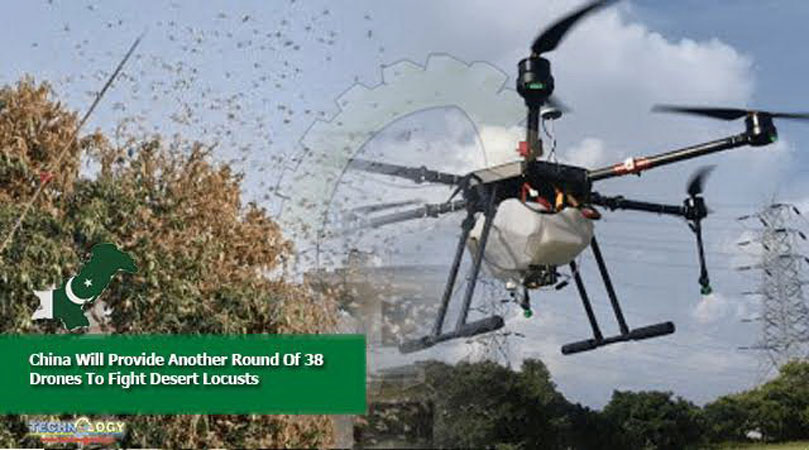 With prompt and massive assistance from China, Pakistan has averted the worst-ever swarms of desert locusts and eliminated the insects, said official sources and farmers in hard-hit Bahawalpur, Mirpurkhas and Layyah regions, according to Gwadar Pro on Thursday.

It was not possible without support from our all-weather friend, said a senior official of Pakistan’s National Locust Control Centre while commenting on a recent report of the NLCC, which revealed that no locusts were reported from Khyber-Pakhtunkhwa, Sindh, and Punjab provinces of the country.

Kishore Togani, who comes from Mirpurkhas division in Sindh province, narrated that Tharparkar division of the province, which served as breeding ground for the desert locust along the Indian border, was flourishing after rains as the swarms were successfully eliminated.

A widespread effort by the Sindh government with the pesticides and equipment provided by China saved our lands from the locust onslaught, Togani said, adding that the locust would have not spared any green plant in the division if it was not effectively controlled.

Shahid Malik, who collects honey from areas in Bahawalpur division of Punjab, complained that powerful landlords in their areas influenced the officials to conduct anti-locust operation in their lands on a priority basis. Anyhow, our areas are now safe from locust, he said.

Zahid, who owns agricultural lands in Layyah district of Punjab, said that in July and August, 20-30 percent of their crops were destroyed by the locust swarms. He also complained of authorities having ignored small stretches of land in anti-locust operation but said that the threat had now been eliminated. He explained that desert locust hit their areas badly during the past three years. He called for a comprehensive research-based strategy to combat the swarming insects.

The NLCC in the report said that anti-locust operations have been completed in 1,131,865 hectares across the affected districts and eliminated the pest completely from Khyber Pakhtunkhwa, Sindh, and Punjab.

China provided 300,000 litres of required pesticides, 12 drone sprayers and 30 other spraying equipment, with a total worth of US$5 million, to help Pakistan get rid of an existential threat. Pakistani officials and farmers have expressed gratitude for China’s decisive aid against desert locust. China also provided the Department of Plant Protection of Pakistan with 200 protective suits, 4550 face masks, 200 goggles and 50 pairs of long shoes to make the anti-locust operation a success.

The NLCC official said that they were still surveying affected areas for leftover swarms to avoid future threat. The official said that without the support of China, Pakistan had less resources to fight against the worst locust attack in the history of the country. Owais Leghari, who is doing PHD in agriculture from Beijing University, said that locust issues in future will be a big threat to the world food basket. He said that China was going through every length to help Pakistan in the agriculture sector to ensure its food security.

Ahmad Sultan, a senior official in Sindh agriculture department said that Chinese locust control technology and experience was fully utilised to get rid of the locusts.

He said that China was actively cooperating with Pakistan in the fields of agriculture technology, pesticide equipment, personnel training, advance prevention, and control appliances as well as establishment of monitoring and early warning platforms which will help the country to avoid any long-term damage to the agriculture sector.

According to Pakistani official figures, the locust swarms have affected around 40 million acres of land in the country during the last 13 months.