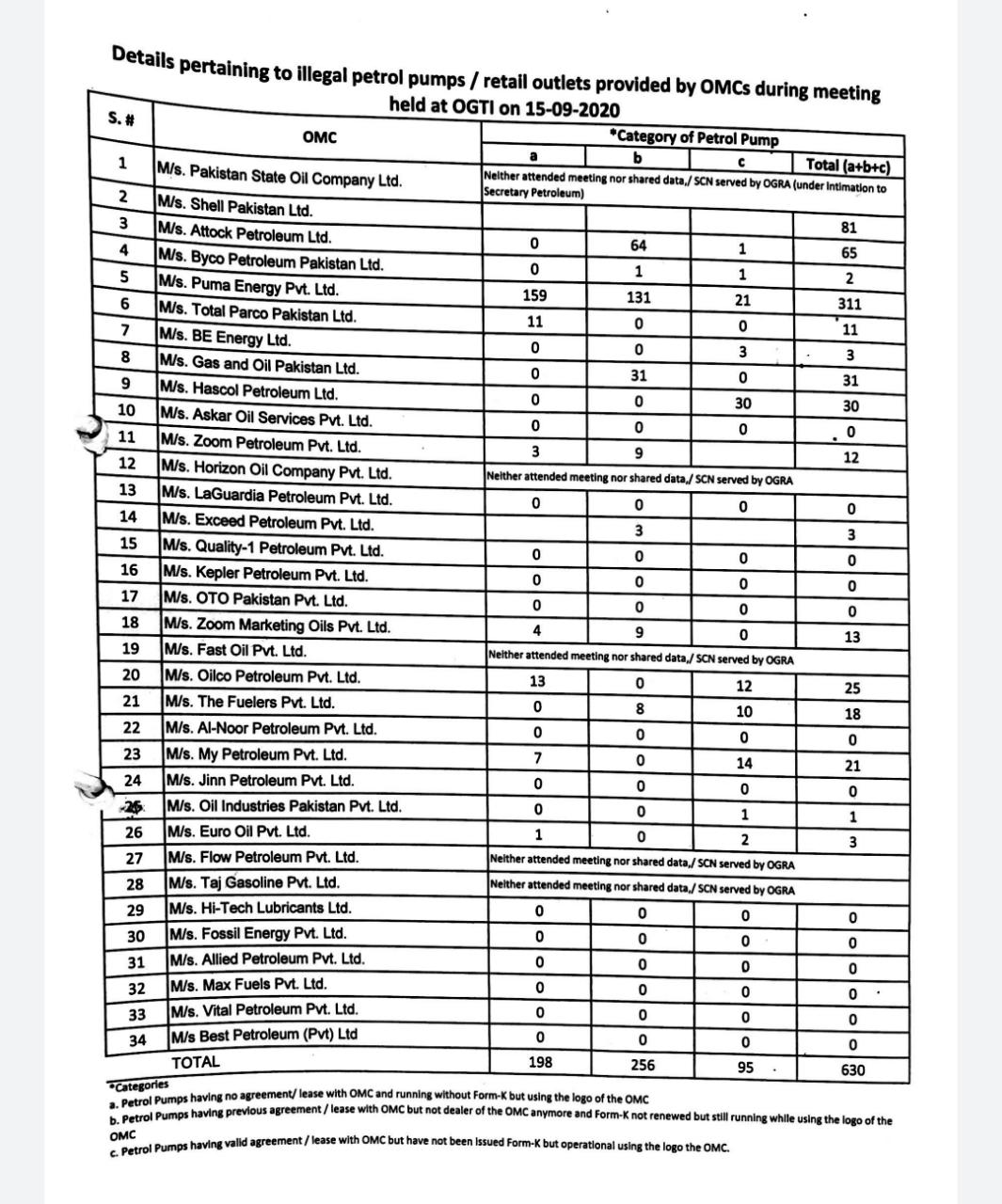 LAHORE: The Anti-Corruption Establishment (ACE) of Punjab has launched a crackdown against ‘illegal petrol pumps’ across the province that are responsible for losses worth billions of rupees to the exchequer, according to information exclusively available with Daily Times. 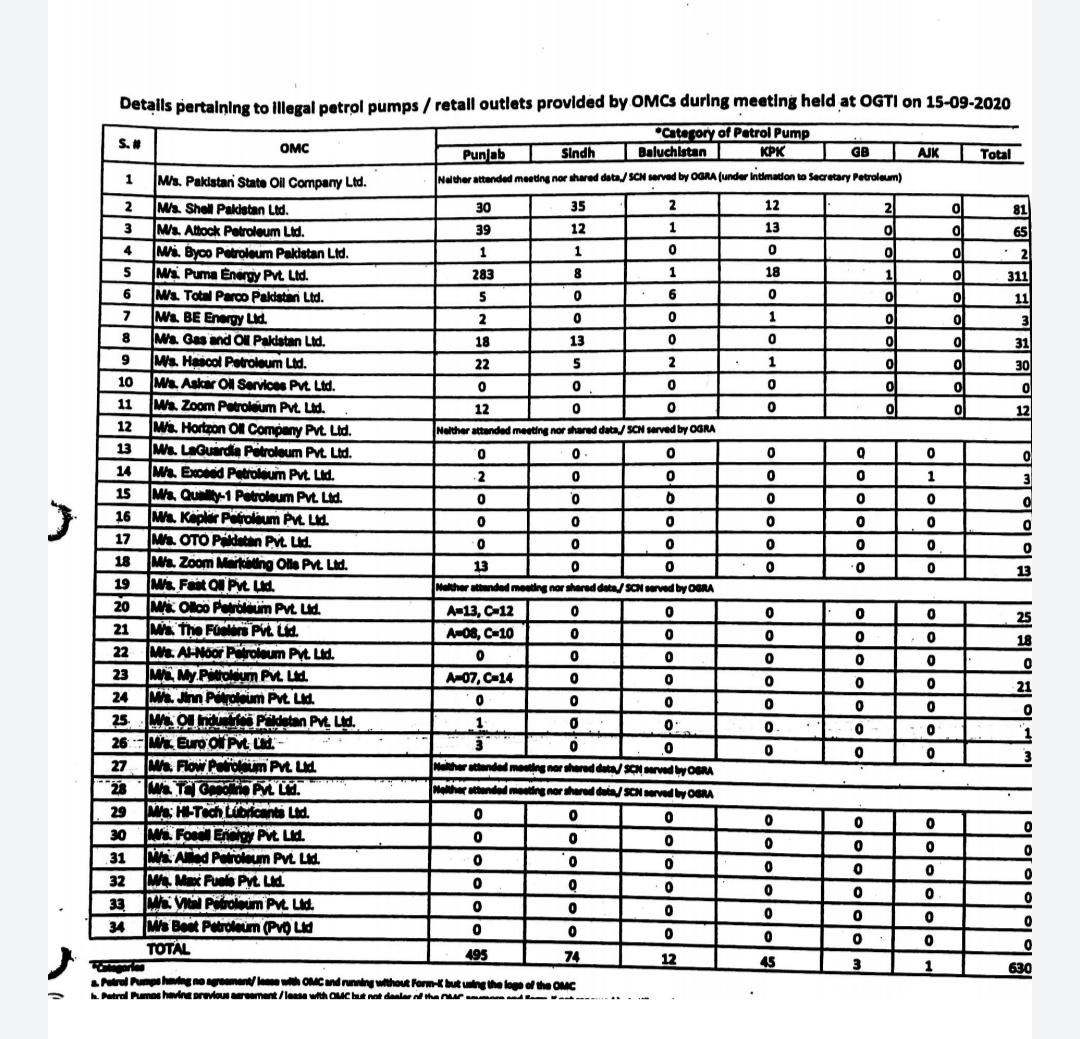 The list, which is also available with Daily Times, provides clear details of 495 suspect pumps, out of which 202 have already been checked and 154 have been sealed. The list of investigated pumps includes eight pumps in Lahore, four in Nankana, seven in Kasur, eight in Sheikhupura, four in Gujrat, four in Hafizabad, five in Narowal, nine in Sialkot, 14 in Faisalabad, 10 in Toba Tek Singh, 11 in Jhang, 10 in Rawalpindi, five in Jehlum, and 21 in Okara. 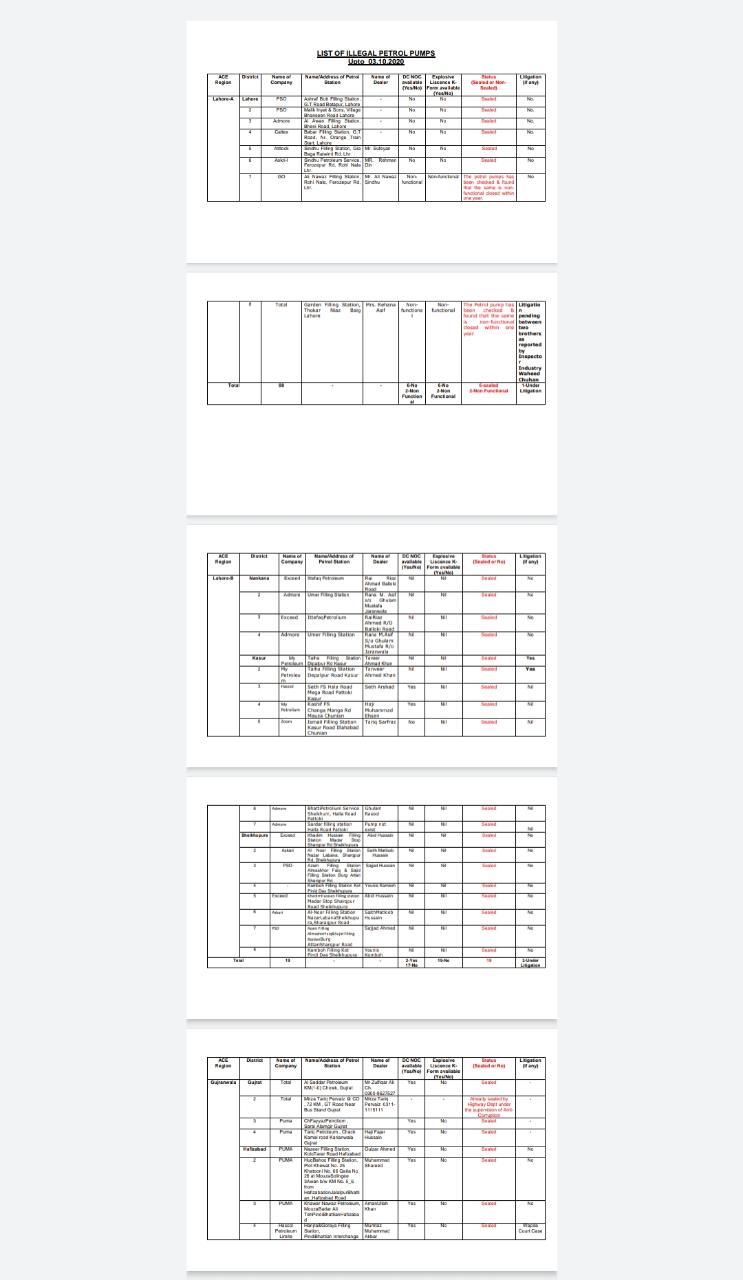 The investigation, which began two weeks ago, unearthed various violations of rules including lack of safety equipment and location of pumps near schools and hospitals. These pumps have neither any agreement with Oil Marketing Companies (OMCs) nor are they in possession of the crucial K-form, which is issued by the Explosives Department after approval for construction is granted by the Deputy Commissioner’s (DC’s) office.

According to official procedure, once an application for construction of a petrol pump is submitted to the government, it must get about one dozen No Objection Certificates (NOCs) from different departments including Environment Department before it goes for clearance to the DC. Only when the DC office issues an NOC does the Explosives Department issue the K-form, which ensures that the pump is not in close proximity to sensitive buildings.

In addition to the above violations, these pumps were also found selling oil smuggled from Iran, which remains outside the sales tax net and results in vast losses for the government. The investigation also found that both the Oil and Gas Regulatory Authority (OGRA) and the Explosives Department were completely unaware of these illegal activities. 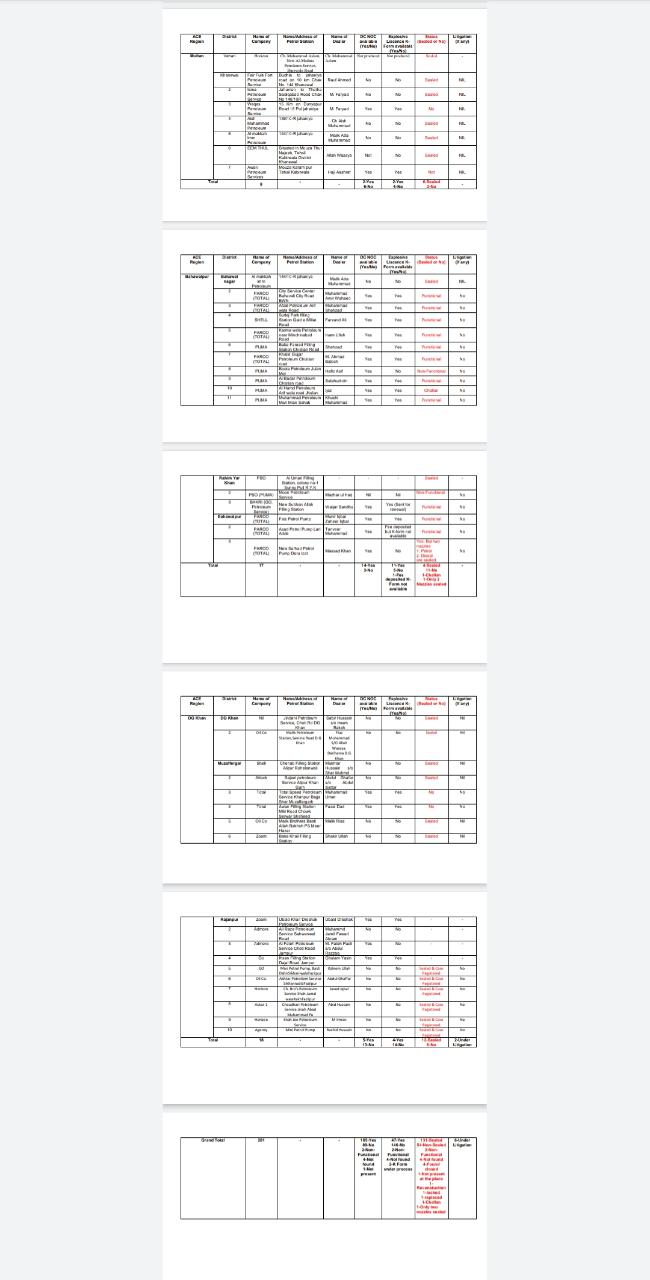