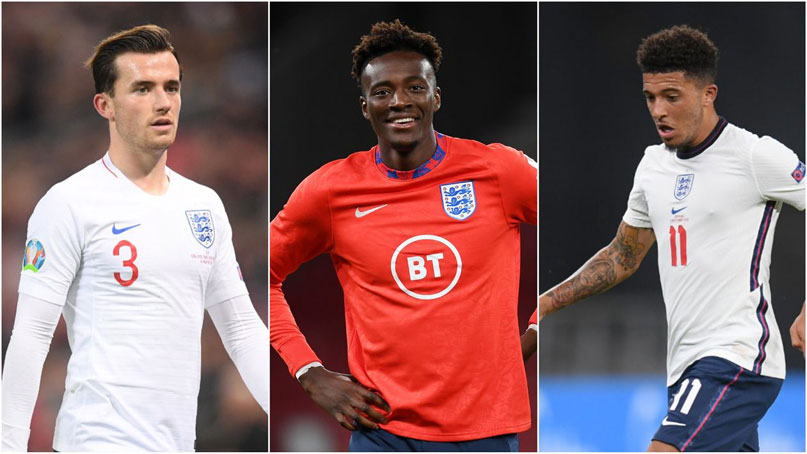 LONDON: The arrival of Tammy Abraham, Ben Chilwell and Jadon Sancho at the St George’s Park training centre for England’s upcoming matches was delayed on Monday as the FA gathers more information on a potential breach of COVID-19 regulations at the weekend. Footage shared by The Sun newspaper showed England team mates Chilwell and Sancho attending a party in London on Saturday for Abraham’s 23rd birthday. The party was reportedly organised as a surprise but it broke the “rule of six”, which is one of the government’s guidelines banning people in England from mixing in groups of more than six to limit the spread of the novel coronavirus.

“As a precaution to understand if there is any risk to the wider group, the arrival of Tammy Abraham, Ben Chilwell and Jadon Sancho will be delayed,” the FA said in a statement here ahead of England’s matches against Wales, Belgium and Denmark. “This is to allow time to gather further information of a social gathering that all three players reportedly attended over the weekend.” Chelsea forward Abraham said he was unaware the party was planned but apologised for the “naivety shown by all.

“I recognise that I have a responsibility both in my professional and personal life to honour and respect the guidelines and deeply regret that this took place,” he said in a statement released to British media. “All I can do now is learn from it, apologise to everyone and ensure it never happens again.” The FA also said Manchester City forward Raheem Sterling has withdrawn from the squad through injury. England boss Gareth Southgate is preparing for a friendly with Wales at Wembley on Thursday and Nations League games at home to Belgium on Sunday and Denmark three days later. He has 27 players in the squad after Chelsea full back Reece James was handed his first senior call-up.