Enemies of our army are enemies of Pakistan: PM

* Premier urges nation to stay united in the face of an Indian conspiracy; says govt will defend its institutions
* Says govt not feeling threatened by opposition's protests 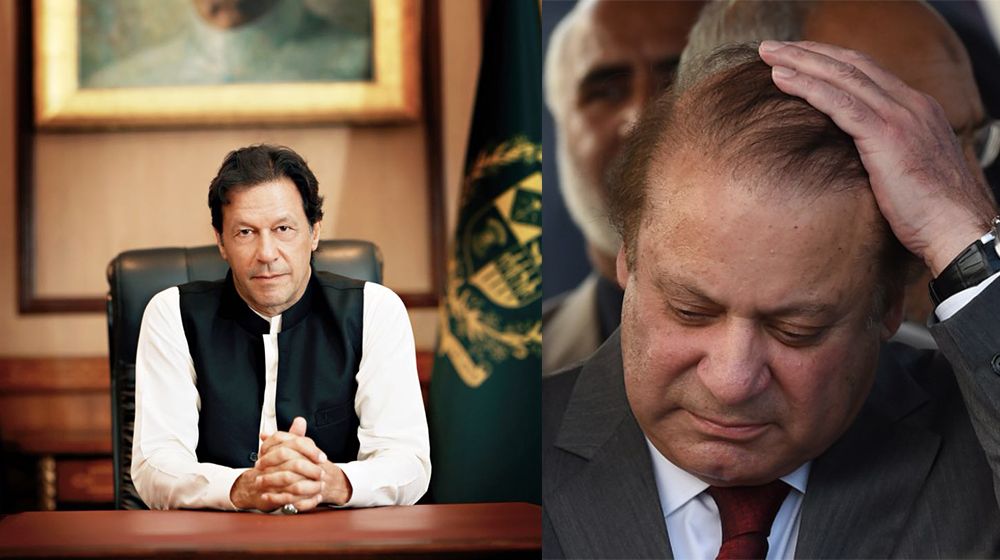 The prime minister was addressing a PTI meeting on Friday where he spoke about the upcoming protest movement to be launched by the country’s opposition parties. The meeting reviewed the ongoing political situation, measures taken to bring back absconding Nawaz Sharif and other issues.

Pakistan’s main opposition parties including the PPP, the PML-N and the JUI-F have formed a multi-party alliance known as the Pakistan Democratic Movement (PDM). The PDM has called for PM Imran Khan’s resignation and announced protests all over the country starting October 11 in Quetta.

During the party meeting, PM Imran said that there were no tensions in the current civil-military relations between the government and the armed forces.

“The opposition has a problem with the army because they [armed forces] always catch their corruption,” he said.

PM Imran Khan’s comments came a day after PML-N supremo Nawaz lashed out at the establishment and the government, saying that he will no longer remain silent. He was addressing a PML-N central working committee meeting via a video link from London. “Nawaz Sharif is not made of the kind of stuff that can stand remaining quiet on dual standards of accountability,” he said, adding that “no one should try to silence him”.

He said that although the prime minister “is to blame” for the country’s current state, “it is those who brought him into power who are truly responsible”.

Imran Khan said that the government is not feeling threatened from any movement launched by the opposition parties and further asked the participants of the meeting to expose the negative narrative of the opposition leaders. He said that the opposition would not get an NRO and their only issue is that they are neither getting a deal nor dheel (leniency). “I know the conspirators behind this Indian bid to create a political disturbance in the country,” he said, but vowed to counter the Indian narrative with full force.

Meanwhile, chairing a review meeting on the progress of Ravi Riverfront Urban Development Project, Imran Khan said its completion within the stipulated time was the priority of government.

The prime minister said the Ravi River Front Urban Development Project was aimed at uplifting the Lahore city and also meeting its needs in view of growing population and water shortage.

Also, Imran Khan Friday called for utilising technology in the oil and gas sector to reduce prices and increase foreign exchange through plugging the wastage by doing away with the traditional methods.

Chairing a meeting to discuss the enhancement of exploration, and discovery of oil and gas in the country, the prime minister said the prevailing energy challenges necessitated a well-coordinated and comprehensive strategy.

The prime minister said the enforcement of Exploration and Production Management System would help utilise oil and gas reserves costing lesser resources. The system would also reduce burden on the national kitty, besides helping to provide oil and gas to the consumers at reduced prices.

During the meeting, the secretary petroleum briefed the participants on the Exploration and Production Management System, saying it would help enhance local production capacity of oil and gas.