PML-N flexes its muscles in its own backyard today 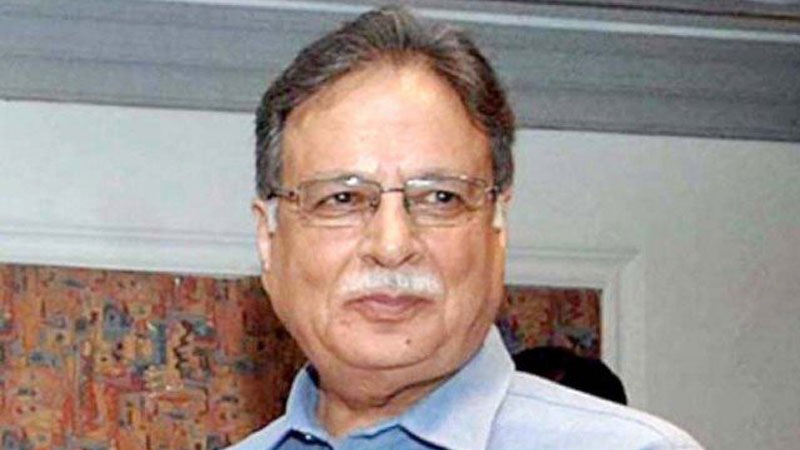 PML-N stalwart Senator Pervaiz Rashid on Friday said the party had decided that Nawaz Sharif should not come back to Pakistan as the opposition ramps up its movement against the government.

Talking to a private news channel, Rashid said that the PML-N supremo “was not served justice in Pakistan” and he did not expect him to get justice in the country in future.

The judge, who in the name of justice, convicted the PML-N supremo in the Al-Azizia reference, was shown the door by the Lahore High Court, Rashid said.

“The party has decided that Nawaz Sharif should stay in London and continue his medical treatment,” the PML-N stalwart said.

Lashing out at the government’s accusations on the PML-N, he said: “Is the demand for transparent elections [an attempt for a] conflict?” The PML-N leader said that it was in fact “rigging the elections and moving against the Constitution that is invitation for a conflict”. “The ones who violate the Constitution and rig elections seek a dispute.”

“We want to live in Pakistan according to the Constitution and do not want a confrontation,” Rashid said. Aspersions have been cast by the government over Nawaz Sharif’s return, with the Prime Minister himself saying the government regrets the decision to allow him to exit the country.

A day earlier, Nawaz, had called out the incumbent government for what he termed its “dual standards of accountability”, saying that he can “no longer remain quiet” on the matter.

He was addressing a PML-N central working committee meeting via a video link from London.

“Nawaz Sharif is not made of the kind of stuff that can stand remaining quiet on dual standards of accountability,” he said, adding that “no one should try to silence him”.

He said that although Prime Minister Imran Khan “is to blame” for the country’s current state, “it is those who brought him into power who are truly responsible”.

“They will have to answer,” Nawaz said.

The Pakistan Muslim League Nawaz is all set to hold its power show in Lahore today against the arrest of its president and opposition leader in National Assembly Shehbaz Sharif. The PML-N will hold a protest rally at Regal Chowk Mall Road while the MNAs and MPAs from Lahore have been given task to bring maximum party workers. The central leadership of the party including PML-N Punjab President Rana Sanaullah and secretary general Ahsan Iqbal will address the party workers. The participation of Maryam Nawaz isn’t yet confirmed as it will be decided at the eleventh hour to avoid her ‘possible’ detention as the party is expecting so. The time of public gathering is scheduled at 3 pm but the main leadership is expected to address in the evening.

Speaking to Daily Times, PML-N Punjab Information Secretary MPA Azma Bukhari said that the participation of Maryam Nawaz is not confirmed yet as such decisions are made at the last moment. She further added that the participation of the people will be in thousands in the rally because the public is very annoyed over the policies of the government. Yes, there is a possibility that the government may arrest our workers in panic as such tactics were also used in the past, she added.

It is pertinent to mention here that it will be the solo show of PML-N as it is not being staged from the platform of the Pakistan Democratic Movement (PDM). The public gathering scheduled in Lahore for November will be a combined show of PDM because the movement was formally at its peak at that time.

Talking to Daily Times, PML-N MPA from Lahore Samiullah Khan said that Pakistan is passing through the darkest period these days as the opposition leader in National Assembly and the opposition leader in Punjab Assembly both are incarcerated. He further added that the detention of both Shehbaz Sharif and Hamza Shehbaz are result of NAB-Niazi alliance. According to the MPA, it is the worst time in the political history of Pakistan as the opposition is being suppressed and media is facing multiple curbs. “I am right now in my constituency to mobilize the workers for the protest rally and I’ll lead the rally from my constituency to the Regal Chowk,” MPA said. He further added that this rally was scheduled on just one-day notice and therefore we are not expecting the people in millions but our rally in November will be huge enough. “The final round to send this government packing is started and now the days of rulers are numbered,” he said. 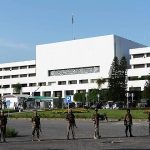