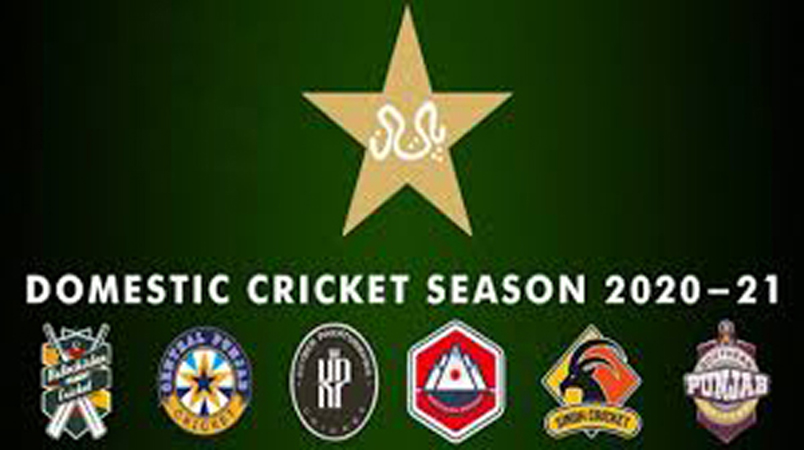 LAHORE: Pakistan’s best T20 cricketers will be back in action as the much-awaited National T20 Cup First XI Tournament kicks off on Wednesday (today) at the Multan Cricket Stadium. The 33-match tournament, which will be broadcast live in its entirety in High Definition on PTV Sports, marks the beginning of competitive cricket in the country after more than six months and, as such, serves as the curtain-raiser for the 2020-21 domestic season. The Pakistan Cricket Board is the first cricket board to announce and organise a complete domestic season in these unprecedented and difficult Covid-19 times. The PCB has made comprehensive arrangements for the upcoming season to protect the wellbeing and livelihood of the domestic cricketers. Due to the ongoing pandemic and to ensure health and safety of all competitors, the tournament will be played behind closed doors under strict Covid-19 protocols.

The tournament will be played in two phases: the first one running from 30 September to 6 October in Multan and the second phase to be staged from 9-18 October in Rawalpindi. With two ACC Asia Cups and ICC Men’s T20 World Cups scheduled for the next two years, this year’s National T20 Cup First XI tournament will be played on double-league basis to provide adequate preparation to the players who are likely to represent the Pakistan men’s national team in these events. The tournament also provides an opportunity for the country’s best short format cricketers to impress the national selectors and, also, the HBL Pakistan Super League franchise owners and management ahead of the Player Draft for the 2021 season, which is scheduled to be held in November.

With a coveted trophy and a total prize money of PKR9million on offer, Northern, who will be led by Shadab Khan until their captain Imad Wasim (currently engaged in the Vitality Blast T20 tournament in the UK) joins the side in Rawalpindi, will be eager to defend their title. And, the other five teams will be fighting tooth and nail to secure berths in the final of the tournament, which will be played at the Pindi Cricket Stadium on 18 October. Balochistan will aim to take the next step after they ended as runner-up in the last edition of the tournament, while Khyber Pakhtunkhwa and Southern Punjab, who managed to reach the semi-finals, will be keen on bettering their last performances. Central Punjab and Sindh will be under special focus as their last National T20 Cup, played at Faisalabad’s Iqbal Stadium, was cut short for their failure to qualify for the semi-finals. In the Multan-leg Central Punjab will be led by Saad Nasim, Central Punjab’s regular captain Babar Azam will join the side for the Rawalpindi-leg.

Balochistan captain Haris Sohail said: “We are really excited and want to give a better performance than last year when we lost the final. Our aim is to win the trophy and we have worked hard in the build-up. Last year, we played great cricket and it was only a passage of five to six overs in the final where we could not play good cricket and that is where I feel we lost the final.”

Saad Nasim captain Central Punjab said: “It is a big opportunity for me to lead Central Punjab in the first leg of the tournament; we have some exciting U19 talent that has given new energy to our squad. We are determined to put the disappointing performances of last year behind us and target a semi-final spot, of course with an eye on the tournament trophy by playing the final. We have good combination of youth and experience.”

Khyber Pakhtunkhwa captain Mohammad Rizwan said: “Our team has all bases covered as we have strong batting and bowling departments. We are known for playing an aggressive brand of cricket and many people are rating us as favourites. We play Northern, the defending champions, in the opening match of the tournament and it is going to be good competition as both teams are highly competitive.”

Northern vice-captain Shadab Khan said: “Leading Northern in the Multan-leg is a big opportunity for me, which I am aiming to grab with both hands. We are the title defenders and our team and the combination is pretty much the same as the last year. The boys are preparing hard and are looking in good shape despite returning to cricket after some time, which makes me confident that we will be able to defend our title.”

Sindh captain Sarfaraz Ahmed said: “I think in our team, Sharjeel Khan will play a key role. He is a dashing batsman and stroke player and when he plays well he makes a match one-sided. In T20 format, you need to perform in both batting and bowling departments, we have balance and experience in both departments. We would aim to gain and then sustain momentum with an eye on the semi-finals; T20 is a kind of format where momentum is the key and if we get that early we can go a long way in the tournament.”

Southern Punjab captain Shan Masood said: “We are well-aware that this tournament is going to be highly competitive as all the top T20 players in the country are participating in it. With this tournament being played on double-league basis, what matters the most is how the teams finish and carry the momentum from here to the Rawalpindi-leg. I am very happy with the core of our team, which might not include big names but comprise youngsters who will be empowered and will be designated responsibilities in all departments.”