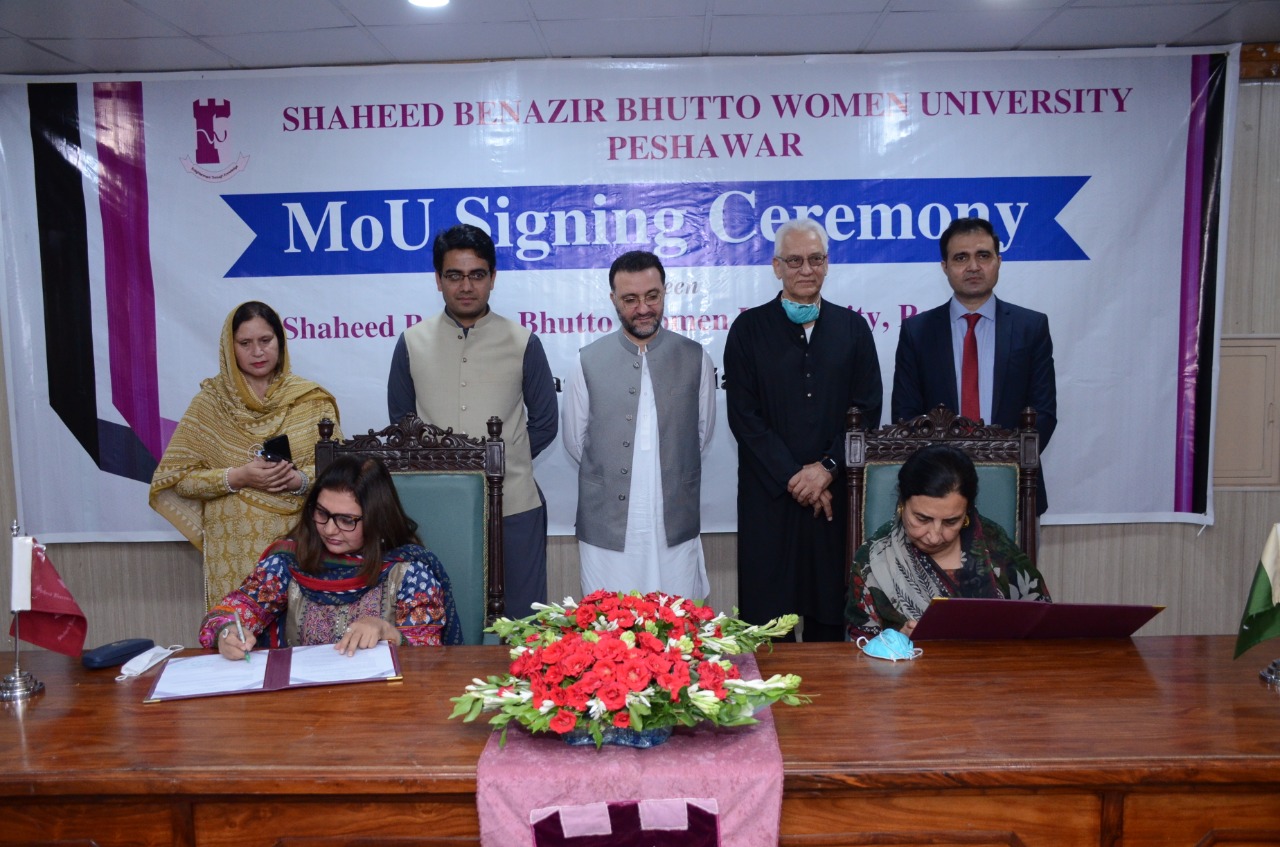 PESHAWAR: Hassan Foundation, a private organization, has announced to construct a hotel for the students of Shaheed Benazir Bhutto Women University, Peshawar within one year, with a capacity to accommodate 100 students.

The facility, meant for the underprivileged girls, will cost of Rs92 million. A formal memorandum of understanding for the purpose was signed at a function at the university campus on Tuesday, said a press release.

SBBWU Vice Chancellor Prof Dr Razia Sultana and Dr Mukhtar Khan, a cardiologist from the US and Chairman Hassan Foundation, and Dr Shahida Khan, a neonatologist based in the USA, inked the MoU.

Speaking on the occasion, Dr Razia Sultana said that it was for the first time that a private organization offered its services to the university, which is commendable.

They have acquired space from Government Girls Degree College Chagharmatti to accommodate more students. Still there was dire need for a hostel building which Hassan Foundation has committed to construct, she said.

She stated that the universities and government should join hands to provide opportunities to the youth.

Chairperson Hassan Foundation Dr Mukhtar Khan said it was a great feeling for the entire team to serve Pakistan.

He said that gender discrimination should be evicted from the community and everyone should work collectively for the betterment of the country.

On the occasion, Kamran Bangash said that women’s education is a challenge but the VC SBBWU has proved that nothing is impossible if the determination is strong.

He said the entire administration of the university has successfully managed to achieve their targets.

He assured full support to the university on behalf of the provincial government.

“Our youth should focus on soft skills and digitalization and females can work from home and contribute to the economy of the country,” he remarked.