Not registering an FIR tantamount to helping the oppressor: IGP 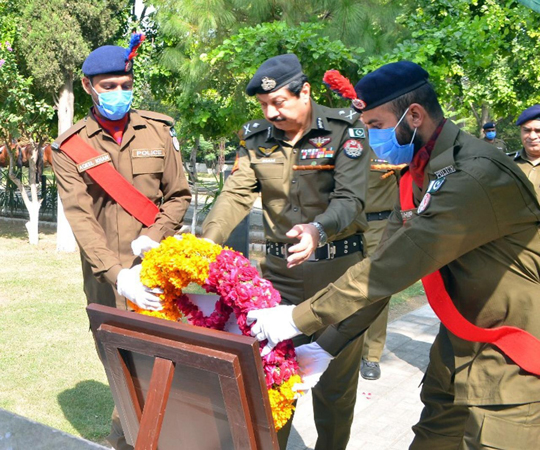 Inspector General of Police Punjab Inam Ghani said that not registering an FIR is tantamount to abusing the oppressed and helping the oppressor as timely registration of FIRs is the beginning of delivery of justice.

He said that the best attitude should be taken towards the citizens visiting all the police offices including police stations and sincere efforts should be made to solve the problems of the citizens by treating them with good manners and courteous behaviour for making better relationships between police and the citizens. He further said that apart from cases of corruption and exploitation, he would stand by the force everywhere while action would be taken against the policemen involved in such cases under zero tolerance.

He stressed that for the rule of law, indiscriminate operations should be continued against the land mafia, drug dealers, gangs and other criminal elements so that the lives and property of the citizens could be protected as much as possible. He further said that the best welfare of the police force is one of my top priorities so three high quality hospitals would be set up in Punjab for the treatment of the police force and their families where the personnel and their families could get state-of-the-art medical facilities.

He further said that all are officers from the rank of IGP to Constable, the word employee will not be used for constable. He expressed these views while addressing the officers and officials of Rawalpindi Region at Irshad Shaheed Auditorium today. On the occasion, Regional Police Officer Rawalpindi Imran Ahmar, City Police Officer Muhammad Ahsan Younis, DPO Attock Khalid Hamdani, DPO Jehlum Shakir Hussain Dawar, DPO Chakwal Muhammad Bin Ashraf and officers and officials from across the region were also present.

On arrival in Rawalpindi, IG Punjab was received by other senior officers including RPO, CPO, DPOs of the region. On arrival at the Police Line Headquarters, a well-armed contingent of police saluted the IG Punjab. The IG Punjab visited the Martyrs’ Gallery and inaugurated the Shaheed DSP Masood Ahmed Hospital in the police line for the welfare of the force. The staff of the hospital also paid tributes to the IG Punjab.

Giving a briefing, he was told that modern treatment facilities including medical specialist, child specialist, gynecologist and laboratory have been provided in the hospital. IG Punjab also inaugurated FM radio channel of Rawalpindi police. The frequency of FM radio channel is 88.6. There will be FM where listeners will be able to listen to awareness programs on police and traffic laws. Inspector General of Police Inam Ghani also planted a tree at the police line headquarters under the Clean and Green Pakistan campaign.