* All seats of Corporate Class grabbed by PIAF-Founder Alliance 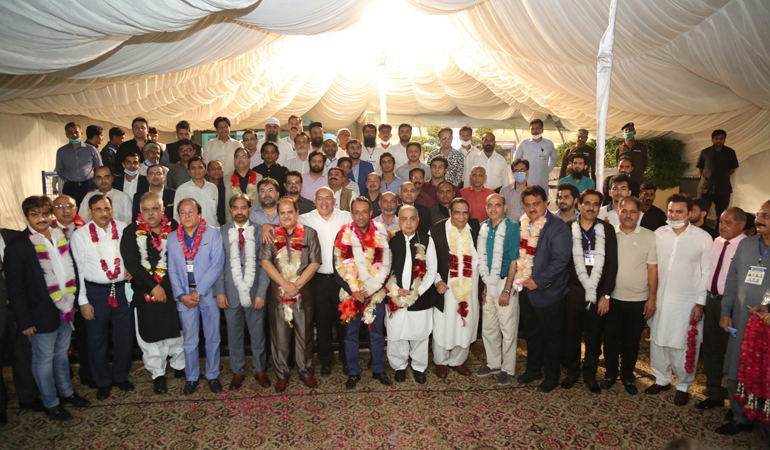 The PIAF-Founder Alliance on Friday made clean sweep by winning all the 7 seats of Lahore Chamber of Commerce and Industry (LCCI) Corporate Class for year 2020-21. Total 948 votes were polled out of 3179 while 19 votes were rejected due to technical reasons. The PIAF-Founder Alliance got 701 panel votes while the other candidates could secure only 21 panel votes. Election Commission was consisting of Sohail Lashari, Shahid Hassan Sheikh and Haroon Shafiq Chaudhry.

The Election Commission also thanked both the groups for holding the polling process in peaceful way as no untoward incident took place during the polling. The polling remained continued from 9 am to 6 pm with one-hour break of Friday prayer.

It is pertinent to mention here that the turnout remained very low this year due to the COVID-19. The campaign was also marred with the COVID-19 and therefore the turnout was low this year. The businessmen and traders were afraid of COVID-19 and most of them also preferred not to go outside for the election campaign. Earlier, it used to be special feature of LCCI elections that huge gatherings, lunches and dinners were hosted for the voters but it was not the same this year due to the COVID-19 as only few dinners could be possible this time. Different traders’ bodies and associations used to hold their functions at huge marriage halls and marquees in the past but it wasn’t possible this year.