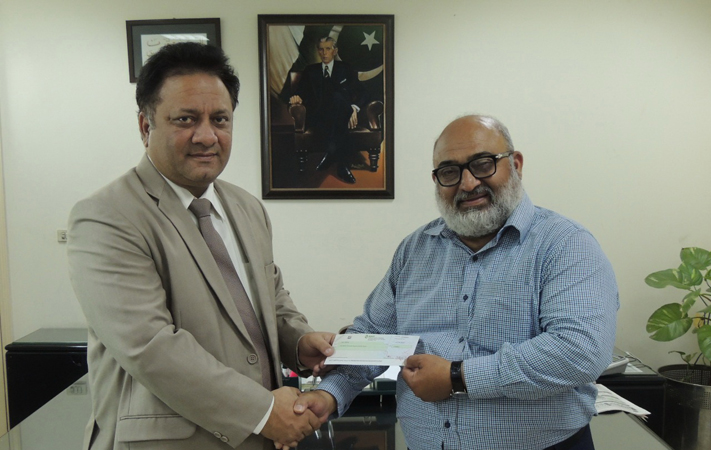 On the instruction of NAB Chairman Justice (r) Javed Iqbal, the NAB Lahore is taking effective steps to recover the looted money and deposit it in the national exchequer.

In this regard, cheques of Rs 16.4 million recovered from officials of Punjab Sports Board, former director Gujranwala Development Authority Khalid Bashir Butt, M/S Tawakkal Enterprises and Clearing Agents, and EOBI were handed over to Punjab chief secretary, Customs Department Lahore and NPGL representatives. The cheque issued in the name of Punjab chief secretary was received by Additional Secretary Finance Nadia Saqib. While Deputy Collector Faizan Badr and Khawaja Shumail received the cheques on behalf of Pakistan Customs and NPGL respectively.

On the occasion, NAB Punjab Director general explained that indiscriminate action will continue against elements involved in corruption and financial crimes. He said recover of looted money from corrupt elements is the top priority of NAB.