Fear of hospitals means some Mexicans ‘prefer to die at home’ 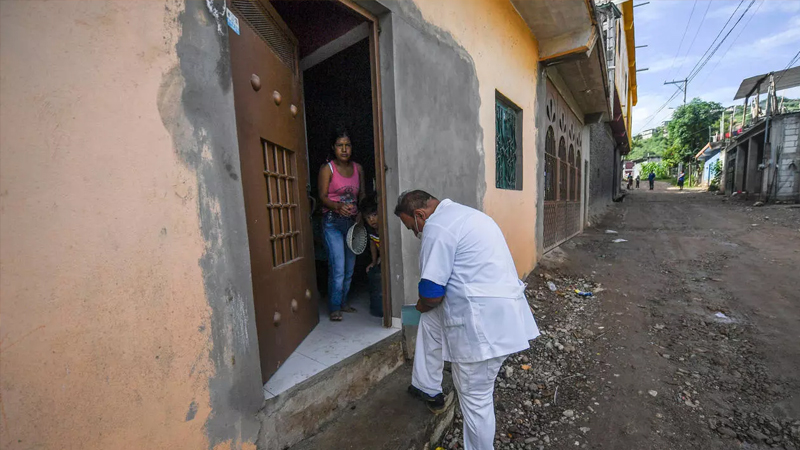 By the time 61-year-old Mexican mechanic Martin Urdiain finally decided to go to hospital to seek treatment for the coronavirus, it was already too late. He died the next day.

When Urdiain and his wife fell ill, they chose to stay at their home in Mexico City rather than put their trust in the creaking public health system.

After their symptoms worsened, they even bought two mechanical ventilators for $3,400 instead of going to hospital.

“He was suspicious because he saw on the news about the overflowing hospitals, and poor care, but in the end he felt worse and finally went,” Urdiain’s brother Alfredo told AFP.

Urdiain died on June 17, while his wife recovered without hospitalization.

In Mexico, it is common to hear of people choosing to fight the virus on their own at home, sometimes refusing to be taken to hospital by paramedics.

The government has recognized that the health system has suffered from years of neglect, but says it is working to improve standards.

When the pandemic began, Mexico had a shortage of 200,000 doctors and 300,000 nurses, prompting the health ministry to embark on a major hiring spree.

It also scrambled to refurbish a thousand hospitals and buy supplies with an investment of $1.9 billion.

Rather than set foot in hospital, Jessica Castillo endured a week at home in Hidalgo state in central Mexico where she even had suicidal thoughts, the 43-year-old pastry chef said.

“I felt that the air I was breathing wasn’t entering my lungs, but I said ‘If I go to hospital, I’ll never return.'”

Castillo, who suffers from diabetes and hypertension, said her distrust of the public health system stems from the poor care she received before the pandemic.

“I don’t believe them. They’ve hurt me a lot physically, and emotionally.

“I haven’t even been for medicine for my diabetes for about three years. I prefer to buy it elsewhere,” said Castillo, who took more than a month to recover from the virus.

With more than 73,000 deaths, Mexico has the world’s fourth-highest Covid-19 toll, although the government says that is partly due to its large population.

The country of 128 million has officially registered nearly 700,000 coronavirus infections.

There is no official number for the number of Mexicans who have died in their homes, but the government’s own figure of excess mortality offers a clue.

“For years, we’ve had a sick health system without the necessary equipment,” Mayra Reyes, a doctor at the Cuautitlan General Hospital just north of Mexico City, told AFP.

At the start of the year, her hospital did not even have paracetamol.