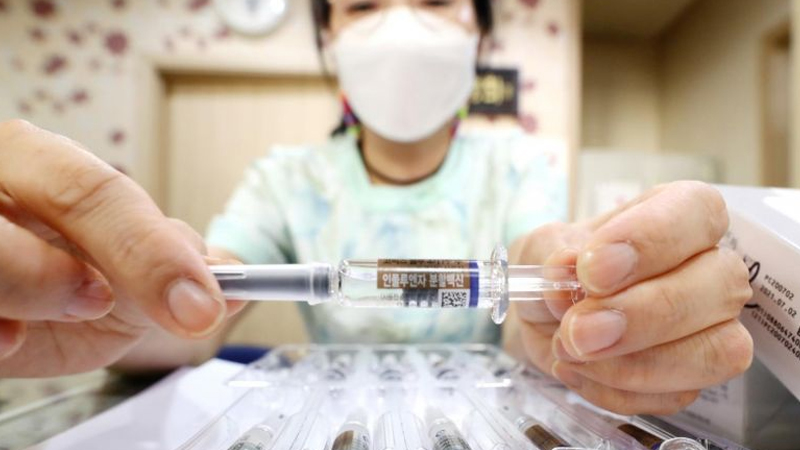 South Korea suspended free flu shots on Tuesday after reports of problems in storing the vaccinations during transportation, disrupting plans to pre-emptively ease the burden on a healthcare system already strained by coronavirus outbreaks. The country, which has seen a spike in COVID-19 cases since August, planned to procure 20% more flu vaccines for the winter than the previous year to jab 30 million people. It had planned to start free inoculation on Tuesday for some 19 million eligible people. The head of South Korea’s disease prevention agency said on Tuesday that some doses of the vaccine, which need to be refrigerated, had been exposed to room temperature while being transported to a medical facility. It was not immediately known how many doses were affected, and authorities are looking into the entire batch of five million doses that were scheduled for distribution on Tuesday. “I want to make it clear that the problem is not with the manufacturer’s vaccine production, rather it is an issue raised about the refrigerated temperature maintenance in the distribution process,” Korea Disease Control and Prevention Agency (KDCA) chief Jeong Eun-kyeong told reporters. So far 118,000 have been inoculated with flu shots and no adverse affects were reported from the vaccination, said Jeong. Some Asian countries have rolled out early and more aggressive influenza vaccination programmes this year to reduce the potential of people contracting the flu and COVID-19 simultaneously, which would cripple the load on healthcare.