APC of opposition parties to end in a fiasco: Buzdar 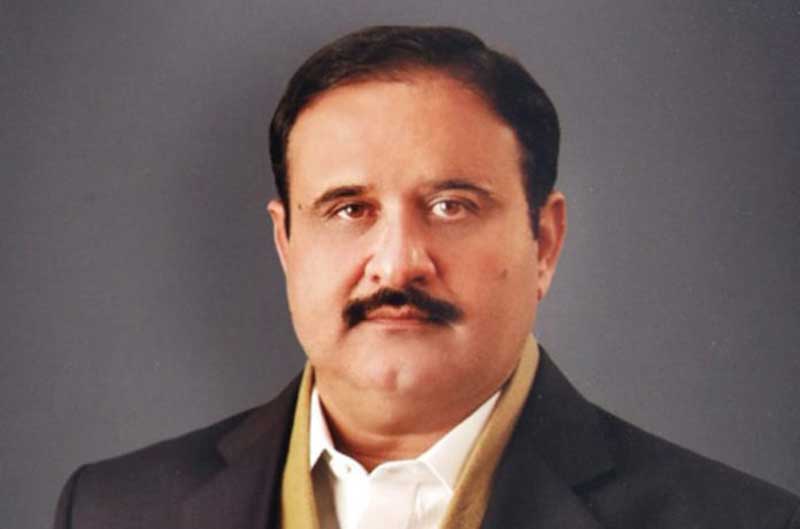 Chief Minister Punjab Sardar Usman Buzdar has said that opposition parties are deceiving themselves by holding the APC.

He said that unemployed politicians should keep this in mind that APC cannot assure public acceptability but serving people is the real politics which is the hallmark of PTI government. He said that people of Pakistan have complete confidence on the bold and honest leadership of Prime Minister Imran Khan. The rejected elements had done nothing before and will not get anything in future as well. He said that APC of opposition parties will end in a fiasco.

He said that the opposition parties have already been divided and will further split after APC. He said that opposition has once again proved that they only gathered for protecting their personal interests. Opposition parties have totally ignored the national interest. Those who looted the national exchequer cannot hoodwink the people through the drama of APC.

People of Pakistan are well aware and recognized the ineligible and corrupt faces. The rejected elements cannot deceive the conscience people of Pakistan. Opposition parties are trying to create hurdles in the progress and prosperity of the country. He said that the negative role of the opposition is highly deplorable. He said that Pakistan cannot afford any more chaos. The drama of APC will also be failed like past, he added.

Meanwhile, on the directions of Punjab Chief Minister Sardar Usman Buzdar, it has been decided to take action against those who are manufacturing and selling fake and counterfeit cosmetics which are harmful for the human skin. Usman Buzdar said that in a vast interest of public Punjab cabinet has approved “The Punjab Drug Amendment Bill 2020”. He said that the mafia involved in manufacturing and selling substandard and counterfeit cosmetics was remained unaccountable in the past as no action was taken by the concerned institutions in this regard. Manufacturers and sellers of substandard cosmetics are playing with the health of the people besides looting them.

He further maintained that approval of this amended bill will ensure the manufacturing of international standard cosmetics free from harmful chemicals causes cancer, skin allergies and different skin diseases. This amended bill will also help in the availability of original and branded cosmetics in the market. No shop will be allowed to sell the counterfeit and substandard cosmetic product. For this purpose, it is necessary to create awareness among the masses about the safety of cosmetics, Usman Buzdar concluded.

Chief Minister Punjab Sardar Usman Buzdar has said that Pakistan is a peaceful country and Pakistanis are well aware about the importance and significance of peace. No other country has rendered sacrifices more than Pakistan for the peace. Pakistan is playing the role of torch-bearer for maintaining peace at regional as well as international level.

Pakistan has rendered unprecedented sacrifices during the journey of maintaining peace and so many people embraced Shahadat in the war against terrorism and extremism and their sacrifices cannot be forgotten. Usman Buzdar in his message on the International Day of Peace said that terrorists and extremists are great risk for the peace. He said that Indian stubbornness is a constant threat to peace in the region. Modi government by taking illegal steps has sabotaged the peace efforts in Indian Occupied Jammu & Kashmir.

People of Kashmir and Palestine are looking for peace, he added. Usman Buzdar said poverty, injustice, ignorance, deprivation and aggression are major hurdles and he termed progress and prosperity a major keys for maintaining the peace. He said that Pakistan is far safer and peaceful country than before. Those who sacrificed their today for maintaining peace in the country are the hero of the whole nation. The purpose to observe the International Day of Peace is to create awareness among the people about the importance and significance of peace.